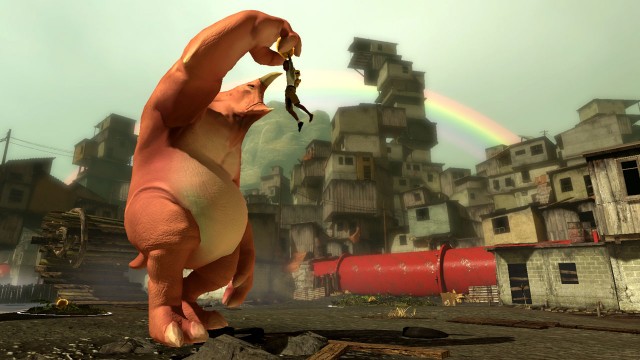 Papo & Yo is the debut release of Montreal-based studio, Minority.

Developed by Vander Caballero to, in part, tell the tale of his family’s struggles with the “monster in [his] father,” the game strikes a strange balance between half magical and half uncomfortable, constructing a world from a young boy’s imagination.

Funded by Sony’s Pub Fund scheme but filed under indie on steam and possessing a definite indie flair, I’m going to throw caution to the wind and deem Papo and Yo sufficiently indie enough for this week’s, Let’s Play: Indie.

I'm just some guy from New York who enjoys games and writing. This seemed like a logical fit.
MORE LIKE THIS
MinorityPapo & Yo

Papo & Yo Designer Confirms the Game is Coming to Steam