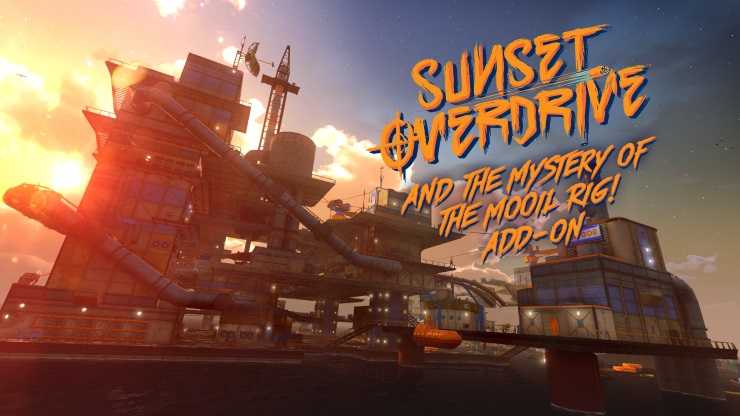 Insomniac Games have revealed the first story add-on for Sunset Overdrive, and it’s called “The Mystery of the Mooil Rig”.

It’s actually due pretty soon, coming on December 23 and will give you a new area to bounce and shoot all over. There are new “traversal mechanics” (water dive and water slam bounce) coming in this add-on, which obviously carry over to the main game. Basically the new moves mean that you can chain moves together a lot easier around water areas.

You can watch a video with more information, as well as Major Nelson, who takes over hosting duty on Sunset TV. Oh and once it’s released, we’ll have video on it, so SUBSCRIBE to our YouTube Channel so you don’t miss that.