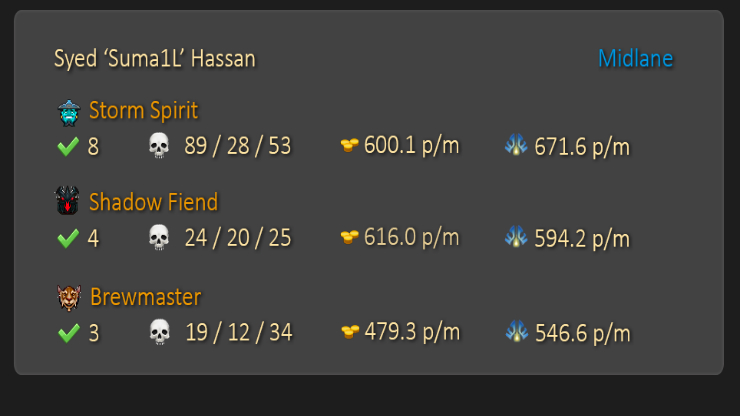 On Monday morning Evil Geniuses took first place in the Dota Asia Championships along with a cool $1,284,158. Reddit user @raining_tea decided to create an infographic that shows the key stats from the event and just how EG got to that first place.

Some of the more interesting stats show that EG played a total of 28 games, winning 20 and losing just 8. Those 28 games resulted in 18.12 hours of game time, which when combined with their winnings means each EG player received $14,173 an hour.

There are also player breakdowns that show just how fearsome Sumail’s Storm Spirit was and the insane amount of assists that both PPD and Aui get in each game.