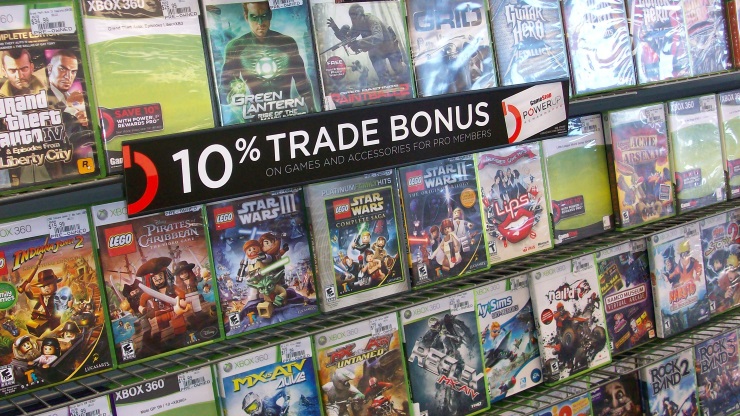 The debate between possessing actual physical copies of your games, or simply owning digital licenses for said titles is one that widely splits opinion with gamers, critics and industry figures alike. Both sides of the argument have their positives and their negatives, although digital ownership certainly still has more detractors and maintains a certain – often undeserved – stigma.

Of course, no-one can forget the furore that Microsoft initiated when they first announced that the Xbox One would eschew physical media with a download-only approach. Players were outraged that they would no longer be able to trade in their games, and because titles wouldn’t be subject to pricing competition on the high street, gamers would be left at the mercy of the Xbox digital pricing team. These are valid points, as the Games on Demand price-points are still pretty unrealistic for new releases – but who is to say that if Microsoft had gone ahead down that road, their pricing strategy wouldn’t have evolved to take into account the realities of the competitive sales market – otherwise the choice to buy physical copies at a cheaper price on PlayStation 4 would have been too easy.

Also, in the rage that followed the announcement of the Xbox One, most gamers seemed to either skim over or miss entirely the advantages of the proposed scheme. The Friends & Family initiative was something that I was prepared to get behind, as it sounded great for those who play co-op games with a group of like-minded players. You would have been able to buy one license for a title, and then share that with a circle of ten other Xbox Gold members on your approved list, for free. So for instance, to play four-player co-op on Halo, your group would need to only pay for one copy between you. This seems like an obvious win, right? Being able to have your entire games collection linked to your Gamertag wherever you are sounds like a great option. Travelling to a friend’s house? Why carry all of your physical discs, when you can share them to whoever you want in advance. Perhaps you have to re-locate to another country for work reasons? Again, this could be used to make your games portable around the world, no matter what console you play on. Sadly, due to the fact that truly high-speed internet is still not widespread throughout the world, and that a lot of people still aren’t quite accustomed to the idea of paying for digital-only games, Microsoft were forced to back-track and revert to a safer disc-based strategy. It may have been positive in the short term, but a cloud-based console would have been far braver and more revolutionary for the industry – but people inherently fear change, and the risk attached to it.

But the absolute runaway success of Steam shows us that a large portion of the gaming public are indeed prepared to embrace the digital revolution. Steam Sales cause a kind of hysteria, and lead to spending sprees that leave PC gamers with massive libraries of titles that they have never even launched once. But take away the headline-grabbing sale prices and reduced charity bundles and Steam pricing is barely any better than the current digital strategy employed by Sony and Microsoft. New releases on Steam aren’t particularly well-priced, and a disc copy of the latest Call of Duty will invariably be cheaper than a day one Steam purchase.

There is the expectation that digital versions of a game need to be cheaper than their physical counterparts – to compensate for the fact that you cannot trade-in your old titles and there are obviously less overheads to take into account. Dying Light is the most recent example of this, when the physical boxed release was delayed by a month in all regions (apart from North America). Fans were re-assured that they would still be able to purchase the digital copy from the original launch date, but of course this digital copy cost the full whack of £54.99, rather than being priced competitively, as it was your only option for purchasing the game.

The retail disc of Dying Light is finally launching in the rest of the world this week and you will more than likely be able to pick it up for around £40 – so why did Warner Brothers still price their digital title so high? Despite bundling in some extra DLC items for those who didn’t want to wait for the disc-based launch, there isn’t enough added value for such a price discrepancy. It seems that at least some publishers aren’t yet ready to admit that simply getting to buy a game early from the comfort of your armchair doesn’t quite justify a premium purchase price. It is this sort of illogical pricing that is holding back the potential for a digital-only platform.

Competitive digital pricing will rely upon an all-in mentality from publishers and hardware manufacturers. Once everyone adopts a digital-only model, then competitive prices will naturally follow. Despite their previous u-turn away from sharing digital games on Xbox One, Microsoft have since introduced the Home Console option, where a user can download any titles from their home console at another location and play both simultaneously – effectively sharing one copy. Sony have introduced the somewhat similar Share Play system where friends can jump in and play in your games – although that is limited to sixty minute bursts.

Whether the addition of these options is indeed intended to test the water for an all-digital future remains to be seen, but at least the major players in console gaming are showing some willing to try out the format. Fear not, those of you who like to trade-in and save when buying games: it will likely be many years yet before we see physical discs eliminated entirely from retail shelves. But it must be said that the greater flexibility offered by digital licensing and sharing is exciting. The success of Steam proved that PC gamers were more than willing to give up their discs, but Microsoft and Sony still have a lot of work to do before the prospect is attractive enough to the casual player.

What do you think? Do you prefer digital or disc, let us know in the comment section below.