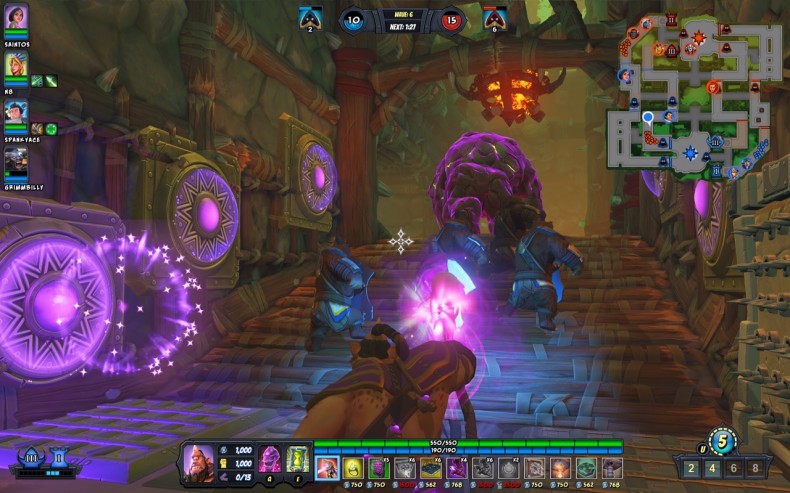 Orcs Must Die Unchained, the third instalment into Robot Entertainment’s tower defence strategy, has entered into closed beta phase two and has had lots of new features added since the last beta.

Unchained, which will see you fight on both sides of the battle for the first time, features: White-knuckle Fortress Siege, which puts you into the middle of tactical siege warfare. You must learn how to defend and attack, by setting traps in your own fortress to deter your enemies, and releasing your minions to attack your opponents. Dozens of strong and unique heroes, including new enemy heroes, and the opportunities to collect and customise weapons, traps, minions, and powerful upgrades for your heroes.

Other changes to the game include: personalised heroes, a slower base game tempo in order to allow the games to be more tactical, additional maps and improved visuals.

Orcs Must Die! Coming This Summer
Support us on Patreon for exclusive content