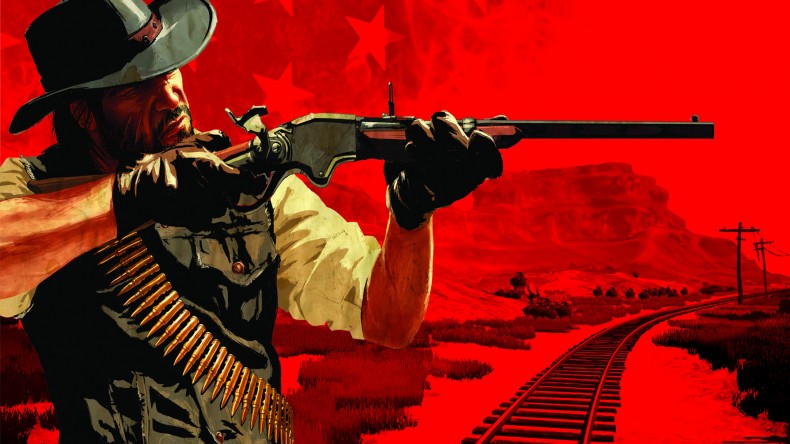 Everyone, E3 is literally hours away!

Whilst a lot of my desires have already been purposely or accidentally revealed, there are still lots of things that I desperately want to see happen at this years show. So here are just a few of my wishes for this years E3:

The original Red Dead is one of my favourite games ever, no doubt about it, in fact, it’s the only Xbox 360 game that I never traded in and still own to this day. How Rockstar managed to make such a baron and decrepit landscape feel so alive and atmospheric was an achievement that isn’t celebrated enough. Let alone it’s fantastic characters and story. I’ve been waiting for the sequel for years and I feel like it’s finally time for it to be revealed (and I predict it will be during Sony’s conference). My hope is that, and I’m a bit iffy on the dates but, the game will follow John’s son, who is now the leader of a gang who run an illegal bootlegging business during the prohibition. Please, Rockstar, I beg of you.

This one is probably more of a prediction than a right out wish, but I feel I’d really enjoy it never the less. If you remember, after the success of Assassin’s Creed IV: Black Flag, Ubisoft sent out a survey asking players if they’d be interested in a new Pirate IP. I can see them finally announcing it this E3 as their “one more thing” surprise at the end of the conference. It will have all the same wonderful pirate ideas and mechanics of Black Flag, it just won’t have any of the tedious Assassin’s Creed bits. Oh, and it’ll be a multiplayer game in the same vain as The Division.

The word is that the revived Rare are actually going to be revealing a game or two, and with most people asking for Banjo or Battle Toads (wtf?) I can’t help but shake my head. They need to make another Viva Piñata, god damn it! Viva Piñata, kinda like Red Dead, is one of my favourite games and I absolutely adored it. The vibrant colours, imaginative creatures  and relaxed gameplay made it such a therapeutic thing to play. It may be the only thing that would tempt me into buying an Xbox One.

Dinosaurs are coming back, or at least I hope they are. Jurassic World just last week released to the world and it’s been receiving mostly very positive reviews, from young and old alike. So my hope is that, with the slow return of dinosaurs to popular culture, we actually get a proper, not early-access, not buggy, not sand box builder, game. One in which I can explore a tropical island and stumble across lots of dinosaurs!

Rage: A word that means sequel, but isn’t really a sequel

I’m not entirely sure what the general consensus is on Rage, the first person, pseudo-open world shooter, set in a post apocalyptic world, from id Software and Bethesda. Whatever it may be, I really loved that game. I didn’t go into it with the preconceived notions of that it was supposed to be an open world game, and ended up disappointed, I took it for what it was and I found myself enjoying the dirt buggy traversal, the cool weapons and especially the interesting world they created. A well realised sequel that actually fulfils the promise of a true open world would make me very happy.

South Park: The Stick of Truth on next-gen

I know, I know, this one is very much a pipe dream that will never happen, but I just really want to play that game again. It was fantastic!

As the trend seems to be with my E3 wishes, I want yet another follow up to one of my favourite games from yester-year. I put so many blissful hours into Skate II, mostly because I enjoyed just gliding about the streets and skate parks, whilst chilling out and listening to either Green Day or Jason Mraz (they fit in with skateboarding, okay). A new Skate game, which I can definitely see happening due to the new Tony Hawk title, with brand new next-gen looks, would be perfect.

Nothing else needs to be said.