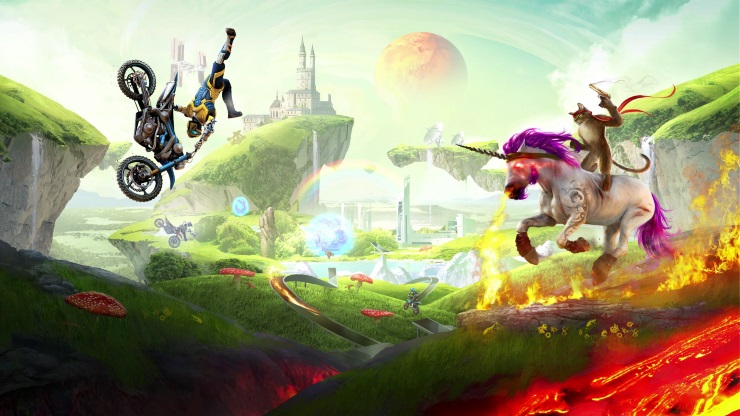 I really liked Trials Fusion when it was released in April 2014, but it was lacking quite a few key features (multiplayer, for example).

Fast forward to now and it’s had all of that add, thanks to umpteen title updates, and now has some “story” DLC, which adds an adventure mode (though in truth, it’s pretty short – but very rad), and some extra tracks in the form of RedLynx vs. All-Stars.

It’s a nice piece of DLC, and if nothing else, gives you a damn fine reason to go back to an excellent game.

Subscribe or the cat will shoot us all. (There’s loads of trials videos on our channel!)