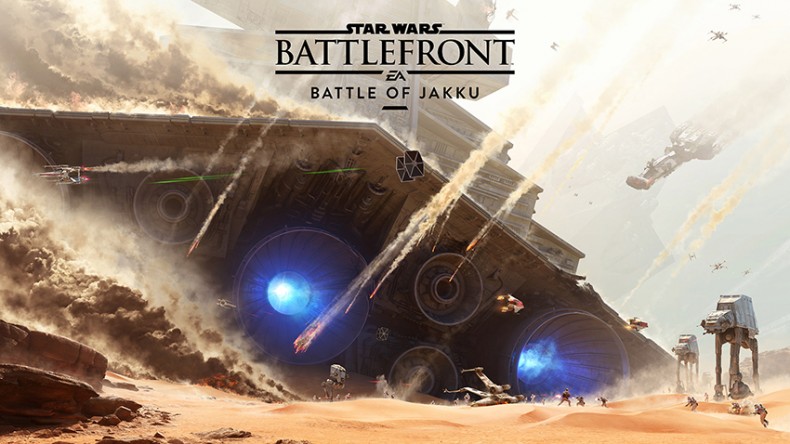 The first images of the ‘Battle of Jakku’ DLC for EA and Dice’s upcoming Star Wars: Battlefront have been released.

The battle takes place in the immediate after math of the rebels’ victory on Endor, as one of the Empire’s Star Destroyers crash lands on the distant desert planet of Jakku. The evacuating Storm Troopers jump out of the frying pan and into the fire, as they are immediately attacked by the Rebels, as they come in for the kill.

This is to let the players experience the events on Jakku which lead to the decrepit Star Destroyer becoming a part of the scenery in Star Wars: The Force Awakens.

If you preorder Battlefront, the ‘Battle of Jakku’ will be available on December 1st, and it’ll come a week later for everyone else. MORE LIKE THIS
Battle of JakkudiceStar WarsStar Wars Battlefront

A New 40-Player Mode is Coming to Star Wars Battlefront
Be the first to comment!
Leave a reply »