previous
Win an Xbox One with Halo: The Master Chief Collection [CLOSED]
random
next
Missing is an FMV Game that doesn't suck
0 comments 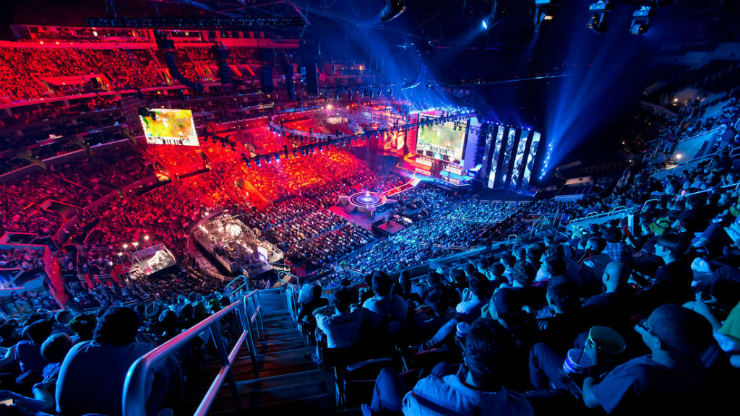 While the PC side of eSports is constantly setting new records with The International 5 passing a $17m prize pool and Fnatic destroying the EU LCS, the console side of things isn’t quite grabbing the headlines like its PC counterpart. Sure, Gfinity is set to host one of the biggest independent Call of Duty events ever, and their continued support for console eSports is raising its profile in the UK, but even so it’s just not at the same level as the likes of Dota, LoL, and CS:GO.

Call of Duty: Advanced Warfare is by far the most popular eSport on consoles right now, although as happens every year it is sure to be replaced by Black Ops III when that launches this November. In the US, CoD has had a season (similar to that of LoL) run by MLG for years, but the European side of things has been lacking. That is until Gfinity launched their European Pro League that sees the top european teams play two games each week across the 14 week season to try and top the group and claim the lion’s share of the £10,000 prize pool. As well as the Pro League, Gfinity hosts semi-regular Masters events that see the biggest CoD teams in the world (such as Optic and Epsilon) head over to the UK to battle it out for a mammoth prize pool, which next weekend will be £100,000. These events bring in thousands of viewers and are arguably the biggest single event in the UK.

However come November when Black Ops III launches, the Advanced Warfare eSports scene will die in order to make way for the new title. The new game appears to have a slightly slower, less mobility-focused playstyle than that of the last game which should see the eSports scene return to its classic playstyle and totally shake up the competitive scene once again. Players who have struggled this year may once again find form, and the hot new talents may struggle to find their feet with the slower paced game.

But CoD isn’t the only console based eSport, although it probably is the biggest. FIFA has maintained a strong competitive scene over the years, and for once the UK is actually quite good at it. While the prize pools fail to go anywhere near the highs of The International or even Call of Duty’s offerings, substantial amounts of money are regularly put on the line. Once again Gfinity offer the most regular competition, with their events offering up to £10,000 in prize money.

Come September and, much like CoD, the new FIFA will launch and the eSports scene will be turned on its head. FIFA 16 is set to introduce a ton of new features and gameplay tweaks that is sure to change the competitive scene for a while. While the annualisation of games is usually great, in a financial sense, for the companies involved it seems to hurt the eSports side of things, as everything from the players to the tactics and the game itself is always changing, making it difficult for those who don’t tune in every week to keep up to date with all the goings on.

SMITE on Xbox One certainly won’t become an annualized franchise, but it is quickly asserting itself as one of the premier eSports titles on consoles. The third person MOBA is already a massive success on the PC, boasting a world championships that had a multi-million dollar prize pool earlier in the year, and despite only being in beta its Xbox one brother will be joining the world championships party next year with a $150,000 four team tournament. Sure it’s not quite on the same level as the PC version but give it a year and it could easily be rivaling the PC experience as the premier experience. So far the console audience has been surprisingly receptive of the MOBA genre that it has missed out on so other MOBA’s appearing on console wouldn’t exactly be a surprise either, although they won’t be replacing the Dota and LoL games of the world any time soon.

Looking further forward to the end of the year we have Star Wars Battlefront, that will undoubtedly gain an eSports following even though it probably won’t be as large as its main rivals. Battlefront isn’t exactly designed for eSports but its mass appeal will mean that some communities will form around it and start up competitive events. Seeing prize pools hitting the tens of thousands of pounds range would be a surprise, but don’t count it out.

The other shooter launching this year that will gain perhaps the largest following (bar Call of Duty) is Halo 5. The Halo franchise has been an eSport since its inception back when no one really knew what eSports was. Currently Halo 2 (via the Master Chief Collection) is the game of choice for competitive gamers, with the European Halo 2 World Championships set to take place at Insomnia 55 in Coventry this August. The winning team will take home half of the £3000 prize pool and I will be in attendance to find out just who that will be.

So with all the new releases coming at the end of the year, just what does the future look like for console based eSports? To put it bluntly: it looks basically the same as last year. FIFA, Call of Duty, and Halo are sure to do well, while the likes of Battlefront and SMITE will probably gain small scale following but won’t be breaking into the scene fully, at least not in the next twelve months. If you’re happy with console eSports right now then the next year will be grand, but if you were looking for something a little different you may be left disappointed, unless you really like SMITE.

If you want to try your hand at some console based eSports you should check out our give-away where Argos has supplied us with a Xbox One and a copy of Halo: The Master Chief Collection.

eSports! I joined God is a Geek all the way back in September 2013 and since then have spent most of my time on Dota 2, and occasionally posting the odd review, news article or totally wrong predictions for The International. When I am not playing Dota I can probably be seen watching some kind of strange eSport or begging for more Twitter followers (@MikeStubbsy if you are interested). Aside from GiaG I am a computing student, football coach and major Apple fanboy.
MORE LIKE THIS
DOTAESportsTI5