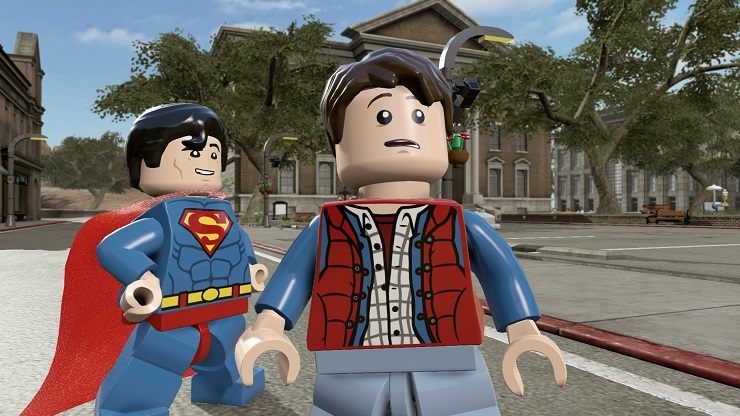 If there wasn’t already a million and one reasons to buy Lego Dimensions when it is released, Warner Bros. Interactive Entertainment has revealed that a whole host of original actors are returning to voice their characters for Lego Dimensions.

Out of all the 14 franchises featured in Lego Dimensions, almost all of the original actors will feature in the brick-building extravaganza. Christopher Lloyd and Michael J. Fox are back for more time travelling shenanigans in the Back to the Future world, Chris Pratt, Elizabeth Banks, Alison Brie and Charlie Day are all back to save the world in The Lego Movie world and members of the original cast from Ghostbusters, Lord of the Rings, Scooby Doo and The Simpsons are all back reprising their roles.

Some of the other cool announcements to the voice cast are Stephen Merchant and Ellen McLain from the Portal franchise; two sentient machines we all love, but probably shouldn’t. Troy Baker will be Batman and Tara Strong will be Harley Quinn as well, meaning two of the best in the business will give the DC Universe a great presence in the game. For me though, the best reveal comes in the form of Doctor Who; not only will Peter Capaldi and Jenna Coleman be voicing the current Doctor and his smart and sassy companion, Clara Oswald, but a whole host of former Doctors are going to travel in the TARDIS as part of their incarnations in the role.

Lego Dimensions will be released on September 29 for Xbox 360, Xbox One, PlayStation 3, PlayStation 4 and Wii U. You can watch the trailer for the announcement below:

Video games are cool. Don't let anybody tell you any different.
MORE LIKE THIS
Back to the FutureDoctor WhoGhostbustersLEGO Dimensions