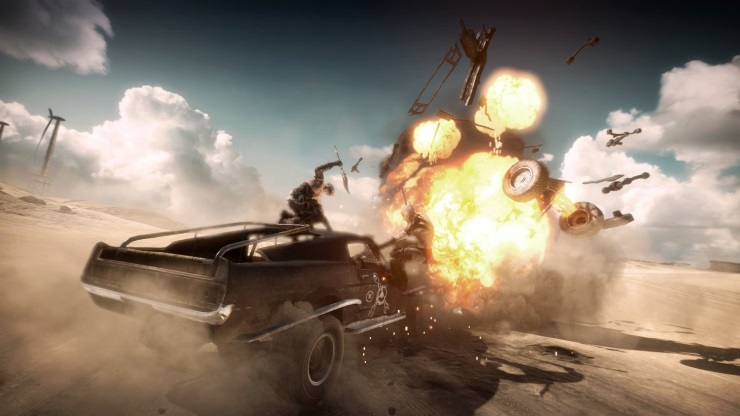 I’ve not got my hands on Metal Gear Solid V: The Phantom Pain this month. A mixture of having to pay out for car insurance and an unexpected flight later in the month put that particular plan on the back burner. So looks like for me, the fultoning and horse riding and tranquing and equine scatting will have to wait a month or possibly two.

What is interesting is that those that have got their hands on it seem to be playing it incessantly, almost to the point of some kind of obsession where they have to see every single thing Kojima is offering and as soon as they can. I’m witnessing friends put in eight hour sessions whenever they can. Work colleagues coming in slightly bleary eyed because they just had to finish that one bit with an S Rank. While this may be down to the sheer majesty of the game, when did we start to feel the need to binge game with each big new title?

While the practice of maybe taking a day off on a game’s release is not something new, with some taking longer when a really big franchise is due for release, the trail at the other side seems to have shortened, even with those games that have received high review scores and plaudits from the media. Most surprisingly, the titles that still have so much more to offer in terms of additional content are also falling by the wayside, even though we know DLC is on its way. There seems to be less of the crowd who stick with something for months after coveting it for years. We are jumping in on Day One, then jumping back out again on day fifteen having filled our bellies with as much as we can stomach, and often over-indulging.

It doesn’t seem to be specific to one genre either, as the case with Rocket League, the charming little football-with-cars game that seemed to be the industry darling and the surprise delight of the summer. With a buzz about it being the latest eSport embraced by the masses and my Twitter timeline full of nothing but post-match analysis and shared goals through the PS4, it seemed to be something that was going to keep growing and growing.

Now and for no particular fault of its own, the noise and the interest in the online multiplayer has been abandoned but for the dedicated few and seems unlikely to revive any time soon.

Arkham Knight had its flurry but very briefly, it only seemed to be there for a week before going back to the bat cave, while even the 100-hour behemoth of The Witcher 3 with its continuous updating, care and attention by CD Projekt Red has become a whisper. Until Dawn will be lucky if it reaches the morning, and Mad Max is all but lost in the sandstorm since its all-too-recent release.

It seems only the biggest games get the loudest shouts, and God only knows what is to become of those little gems like N++ and Nova-111 (but please buy them before you pray for them.)

Maybe it’s because of the company I keep? My twitter timeline is populated, for want of a better word, by the hardcore gamers – by those who live below ground and occasionally shave, those that jump in on day one, put up with the cycle of updates and patches and disappointment. Those who not only play but write about games as a profession and a hobby. Though in my brief observations, social media can certainly take part of the blame for our binge culture.

Looking at my Twitter timeline, there are those who throw spoilers out in the open almost every hour, intentionally or not. We aren’t a people known for our willpower, our piles of game shame in our physical and digital libraries will testify to that and most of the time, our fingers have clicked well before our brains have asked us to back away. In that time, the magic of a moment has been slightly stolen from us. It leaves us in the situation where we go completely dark and tread lightly through our timeline and hope we don’t see anything else that ruins our future purchase. Or simply put, if we can’t sneak up on them and take them out, that we dive in ourselves and protect ourselves from being spoiled by knowing everything before it becomes common knowledge.

We become the person that snatches an hour or two before work and six hours after until 1am, and we laugh at our timeline on Twitter and guffaw at the YouTube playthrough because they just have no idea what they still have to do to get to where I am. The real danger, of course, being that at some point there is the risk of burnout, that a mission becomes a barricade to completion, that we have our fill because we have eaten, drank and slept this game and we want something else, something fresher. Before we know it, we are racing towards the station to jump on the next hype train and start all over again, just in case that is the game we need to be playing. Otherwise, we just aren’t being a “gamer”.

Let’s face it, games have really never been cheaper. When the super Nintendo was selling games for fifty quid in 1993, they were equivalent to you picking up them now for over ninety. It’s easier to justify spending that kind of money twice a month when a quick trip to the petrol pump will cost us just as much, if not more. It’s why we don’t feel so bad if we have had all we can take after two weeks. So what if we don’t go back to it? We saw everything there was to see, we experienced what the developer wanted us to. Aren’t we happier for it?

Maybe we need to slow down and appreciate what has been developed and designed for us rather than rushing through to say we played the greatest thing, while worrying we won’t be there at day one to play the next greatest thing. I can’t speak for you. If you’re a binger then it’s how you play. My restraints on time mean I only get to gently sip at the latest vintage of choice so maybe I’m just jealous, though in the case of Metal Gear I might be lucky, because the spoilers I’m reading mean little to me now, and will probably be forgotten by this old brain by the time I get to play.