Do Nintendo have the right cards, but the wrong game? 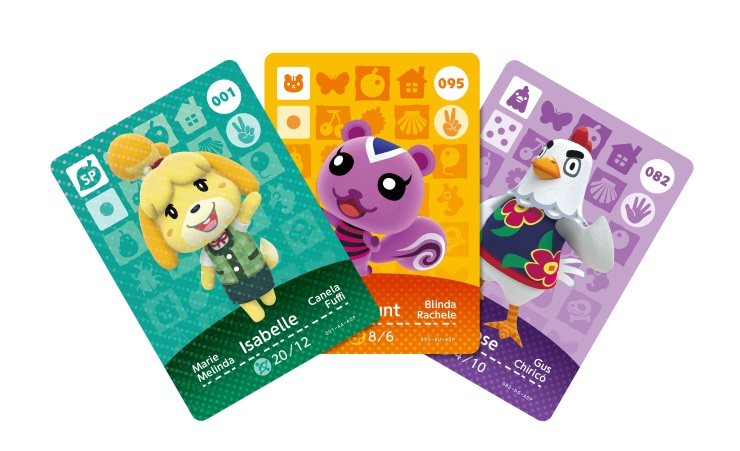 There have been enough articles about “twenty different things Nintendo should have done with the Wii U in order to make it more successful” and there are already another batch waiting in the wings for “fifteen things NX should consider in order to entice gamers to pick up the next Nintendo flagship machine”.

More interesting for me isn’t the direction that Nintendo are planning with its base console. Its pedigree as a first party designer is etched so deeply in stone that it still makes sense to hang onto your games collections not just for nostalgia reasons, but because Nintendo games can sometimes be literally worth their weight in gold. There are many a tale of boxed copies of Terranigma being turfed out of the loft during that spring clean by Dad. There is always the one that got away. I’m sure that every IP that Nintendo own will get an airing on the NX.

No: I’m more interested in how Nintendo have moved into the territory of their version of the microtransaction with the grace and poise of a tiger, but I’m concerned where that predator is going to leap next. Amiibos are every Nintendo fan’s dream. An ability to own a likeness of their favourite characters, all lovingly crafted to the highest quality, is something that was a natural fit for Nintendo when the likes of Skylanders and Disney Infinity were revealed. And why not? It almost seems like a match made in heaven. Much has been written about the lack of functionality the Amiibos offer, that they have missed the fundamental “toys to life” gimmick by not allowing you to actually play who you scanned in. However, almost 15 million sold Amiibos say otherwise. It still has a lot of work to do in terms of the Skylanders behemoth that has sold over ten times that amount and climbing (over 240 million units), but Nintendo are clearly not in this for the short term.

I would bet that there are more full sets of Amiibos sitting on gamers shelves then there are Skylanders, as the demographic for Amiibos seems to be older in general, and puts more of an onus on owning them all. The Link Amiibo in our house is treated more like an ornament, while the Skylanders are used like toys, with both my sons treating them the way I used to treat Star Wars figures, making up stories and doing silly voices, and then using them within the Skylanders game, where they are playing as the characters in their hands.

You will rarely find shelves in second hand shops where Amiibos are being sold at three for a tenner. Amiibos seem to hold their value even for the most common ones, while Infinity characters look on in jealousy, even though their IP has been raised considerably with the addition of the Star Wars franchise. The other reason is simply because an Amiibo, once in someone’s hands, is probably less likely to leave that house. In some cases it might have a brother or sister still sitting unopened, to keep for that rainy eBay auction day. If you have all fifty of them, you’ve probably parted with the best part of £500, especially if you’ve been pre-ordering them since day one. For Nintendo, that’s a success story in itself, as DLC has always been, until very recently, something that only the “other guys” did. To be able to add on additional purchases over a core game is something that has lit the fire in Nintendo’s belly, which is completely understandable. It needs to make more money per game purchased. To be able to do it without having to spend too much time producing the kind of content expected of DLC? You could almost argue that this is Nintendo being Nintendo, finding an innovative way to do something considered the norm and yet somehow delivering it in a way that makes us want it so much more in our lives, the tangible must-have in a genre moving to full digital. The Nintendo microtransaction has grown legs and a tail and now nothing might escape its claws.

No game release seems to come without the tied-in Amiibo accessory and Nintendo have the ability to make us act like Pavlov’s Dogs, raising a desire of ownership over a piece of plastic with an RFID chip. Sometimes tempting us with than more than one per game and sometimes not always plastic; I’ve seen many a grown man fawn over his woolly Yoshi. If you look at it with cynical eyes, though, if you don’t get caught up in the desire to own the entire set of little friends, then the value based on the content you’ll get for your money might start to grate compared to what you get with the competition. However, unlike Skylanders, Nintendo has enough of a catalogue to keep you buying without the need to invent new characters. There is also the desire for certain characters from the company’s history and Nintendo’s pre-order screen regularly melts when new Amiibos are announced. It has even made moves to get in with its rivals by allowing Donkey Kong and Bowser to appear in the next Skylander Superchargers game. You have to admire the genius and the business savvy of the Kyoto giant. The New 3DS brought Amiibos to the small screen through an in-built docking point. Those with the original 3DS can join in the fun with the latest Amiibo NFC reader. That fun includes using Amiibo cards that will come with Animal Crossing Happy Home Designer. So instead of a statue, you’ll have a card to scan and this will give you access to special characters, normal characters and additional content. The cards are numbered, and the ones I’ve seen have the potential to be numbered up to 999. Think about that. Almost a thousand cards for you to collect. The first series contains 100 cards with 17 specials and 83 normal cards. It could be compared to collecting Magic the Gathering or Marvel DiceMasters or, if you are old enough, Panini Football Stickers. In many ways it will. Animal Crossing Amiibo cards will be sealed. It will be the luck of the draw which cards you get. Though in my experience with ‘blind packs’ you can guarantee that there will be certain cards that are more common than others, therefore increasing the number of packs you will need to buy in order to get your hands on some of the more unusual finds. Every sealed card game I have ever played has used the same strategy to help increase the amount of spend per customer.

Nintendo are pricing the cards on their site at £3.49 for a pack of three and limiting the number of packs you can buy in one pre-order to 15 packs. Nintendo are clearly hoping the same Amiibo collectors crowd will lap these up and spending £50 seems a good limit to set. Keeping in mind the base game with the NFC reader is only £40, that is a massive attachment rate. With each pack promising a special card that you have to own to get the content for Home Designer, the cards will be a requirement in order to get everything out of a game you have purchased. So expect to possibly be paying out a minimum of £100 in order to complete your collection and expect to pay even more as the rare cards end up being auctioned on EBay. The idea is that the cards can be traded between friends and the information downloaded from the cards without owning them, but I know I would want to complete the set and I know my friends will not just want the content, they’ll want the full set of cards, probably sleeved. This is where I have an issue. I can understand having to pay for additional content. I’ve bought my fair share of DLC in the past for games, be that entire levels or simple cosmetic additions – however I’ve always known what I was buying, where here there is the chance to end up with redundant collections of cards because you’ve been unlucky on your pack selection. It has the potential to make Nintendo a huge amount of money but also gives the impression that is all they are fully focused on. In the case of other card pack series where the reprinting wasn’t quick enough or the chances of getting certain cards was weighed so it was ridiculously low, there is also the real danger of losing a lot of good grace with the die-hard Nintendo fanbase if they too follow this practice. The same fanbase that has stuck with the WiiU and 3DS, that has collected every single Amiibo from day one, might feel they are being milked for their loyalty.

Nintendo has come under fire recently for holding back on releasing content for Splatoon over several months that was contained within the release code, and more recently for drip-feeding toolsets in Mario Maker.

The Amiibo cards tread the dangerous tightrope where they edge towards the compulsory microtransaction in order to experience everything that is already held within the game’s content, that has been designed specifically to sit just behind a paywall in a silver foil packet. For some people, it might be simply one card too far. We shall just have to see. Until then, does anyone have a number 016?