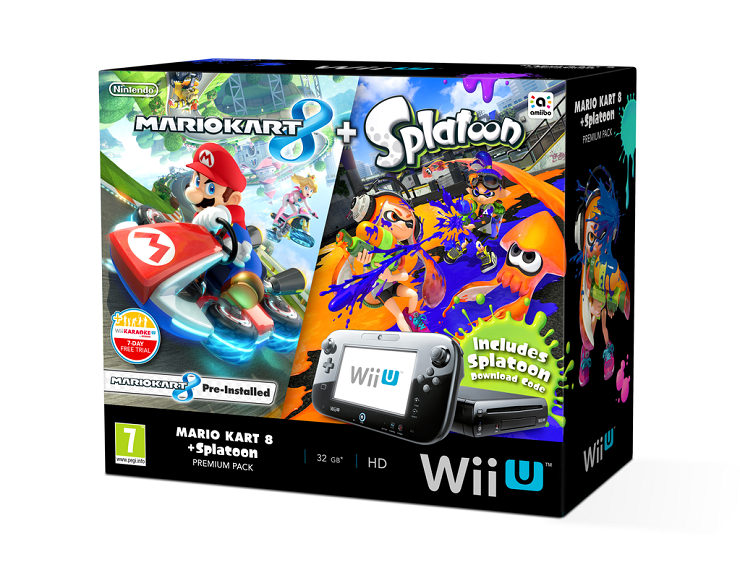 For anyone still debating on getting a Wii U, Nintendo have announced a bundle featuring two of it’s most popular games.

The Wii U makes an excellent second console due to its line-up of great first party titles, and this is epitomised in the forthcoming Mario Kart 8 and Splatoon double game console bundle.

We thought that Splatoon was a good game with some issues while Mario Kart 8 was brilliant, both games are well worth your time.

Considering the brilliance of the Mario kart 8 DLC and the rest of the Wii U’s first party line-up, it’s well worth considering getting a Wii U.

A lover, not a fighter and an all round good guy (he would say that, he wrote this after all), he's happy to be here as part of GIAG.
MORE LIKE THIS
Mario Kart 8nintendoSplatoonWii U