Debatable: How to do Episodic Games 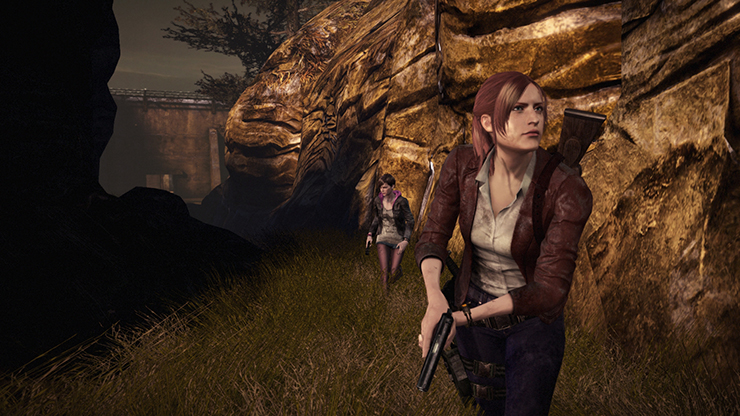 Television is changing. Netflix’s a la carte ethos has allowed us to sit down over a weekend and binge watch all of Jessica Jones, or Narcos, ready to come into work on Monday morning and have a post-mortem with colleagues around the coffee machine. But appointment TV is still alive and well with Game of Thrones beating its own records with season five’s finalé and The Walking Dead still averaging between 12 and 14 million on a weekly basis in the States, despite plenty of us bowing out during the god-awful season spent on Hershel’s farm. Audiences know that these serialised dramas run for a certain number of episodes a year and without fail, will be on the telly at a specific time, on a specific day, on a specific channel. So, why can’t video games get this right?

On November 24th, 2015, Kentucky Route Zero developer, Cardboard Computer, tweeted that Act IV of their five-act, surreal adventure game was almost finished — Act I was released in January, 2013. I don’t for one moment bring the quality of all released acts into question — I’m quite the fan, in fact — but because the studio mentioned on their Kickstarter page that episodes would be released three months apart, I can’t help but feel like my excitement for the game is constantly waning as the years go by.

In my view, Tales From The Borderlands was a stand-out title last year. Melding the mechanics of a modern-day Telltale game, with the humour and style of Gearbox’s property was a resounding success. And those musical intros…phwoar. Taking the entire five episodes into account, it was at least in the conversation for some outlets’ game of the year awards, once last December hit. However, TftB wasn’t exactly the most reliable either, with our first encounter involving Fiona and Rhys occurring in November 2015. Truth be told, Telltale’s inconsistency would be funny if it wasn’t so infuriating. There was a four month wait between the penultimate and final episodes of their take on Game of Thrones. That’s enough time to completely forget about five chapters of build-up, before partaking in House Forrester’s conclusion.

While it has been going through a renaissance in recent years, we can date episodic releases back as far as 1979 with Automated Simulations’ Dunjonquest series and Temple of Asphai. Following the release of Temple of Asphai were these things called microquests, which came in November ‘79, January 1980, September 1980, September 1981…you get the idea. Sonic The Hedgehog 4 lasted a whopping two episodes, released nineteen months apart. Half-Life 2, like I even need to tell you, saw episodes one and two come out, sixteen months between each other. There are very few examples of a developer sticking to an episodic schedule, but one does come to mind. In September, 2014, Capcom laid their cards out on the table and announced that Resident Evil Revelations 2 would be released episodically. Starting on the week beginning the 23rd February, 2015, each episode was scheduled to be available on Xbox, PlayStation and PC digital store shelves, weekly, akin to a television show. Once all four chapters in this story were out, a full version of the game would be made available, encompassing all released episodes and even two bonus episodes. Almost like a boxset with special features for that program on the telly that you didn’t watch at the time.

I’m not here to judge the quality of Resident Evil Revelations 2, nor am I here to speculate on whether it would’ve been better served to come out as one, unsegmented experience. I am here, however, to give Capcom some plaudits for having a plan and sticking to it. It’s difficult to remain invested in a serialised narrative if you don’t know when you’ll next get to enter that world and live amongst those characters. Imagine watching an episode of Sons of Anarchy and not knowing when you’re going to see Jax Teller’s beautiful face, again. How is it so difficult to plan the release schedule of your episodic video game ahead of time? Leading up to the release of episode 4, Life is Strange developer, DONTNOD Entertainment, announced that they’d garnered one million in sales. Whether that’s individual episodes or season passes, I’m not sure, but either way, that number has been well passed at this stage. A critical and commercial success for the French studio, Life is Strange has been praised for how it deals with very serious topics and how well it captures life as a teenager, meaning some overlooked the extended waits between episodes.

When we spoke to Creative Director, Jean Maxime Moris in January of last year, he said that Square Enix were on board with the episodic format and, “Our goal is to have a steady time window in between releases. That is very important to us but that means we had to plan a lot ahead and all the episodes are being worked on in parallel, so Episode One right now is in polish phase and basically finished. Episode Five is already being worked on. What we would like to do, because episodic game communities are very vocal, is to take feedback from the community into account.” While he said that feedback would be taken on board, he also stated that episode five was being worked on, before episode one was even available to public. Why, then, did it take nine months for Max Caulfield’s tale to reach its conclusion?

I won’t lie to you, I watched all of Narcos in about a week. I lapped that up like a cocaine-fiend in the Columbian jungles, but I also enjoyed discussing Walter White’s weekly descent into madness with my buddies in the boozer. Episodic affairs can easily live alongside 100 hour Witchers in this medium of ours, but if you have me second-guessing what occurred two episodes ago because six months have passed, don’t be surprised. If you’re going to do it, do it right. Claire and Barry did it right.