previous
ADR1FT launching March on Oculus and Steam, Xbox One and PS4 to follow
random
next
Puzzle platformer KLAUS launches on PS4 in January
0 comments 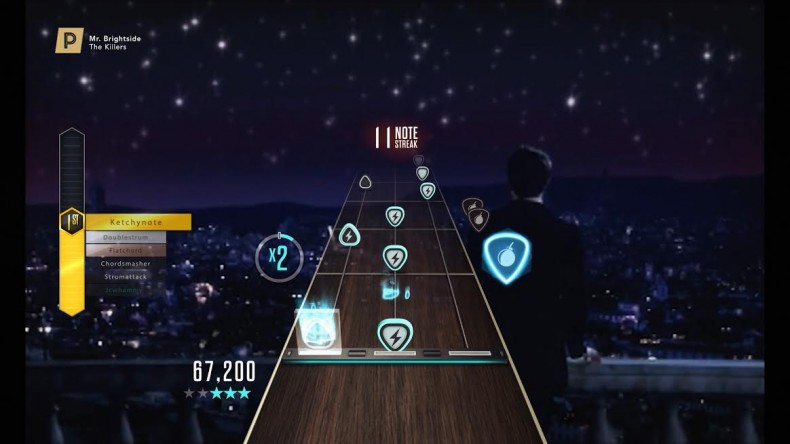 Keen to know what most people were jamming to on Guitar Hero over the festive break? Well look no further, because the team at Freestyle Games has released details of the twenty most popular songs played On Demand in the UK over Christmas and it reads as follows:

Additionally, the team has released details of the top twenty songs played globally over the period 24 December to 3 January. This list represents the most played songs in GHTV’s channels, On Demand and via Premium Shows.

Also this week, GHTV has added two new Premium Shows including Festival Anthems and New Rock Revolution, as well as an extension of The Dead Weather’s three playable songs from their performance in Nashville. The new songs includes tracks from The Killers, Biffy Clyro and Kings of Leon.

Likes to shoot stuff and wear pretty shoes. Is a BEAST at Titanfall.
MORE LIKE THIS
ActivisionGuitar Heroguitar hero tv