previous
Opinion: The problems with game reviews
random
next
Rocket League: Collector's Edition announced for Xbox One and PlayStation 4
0 comments 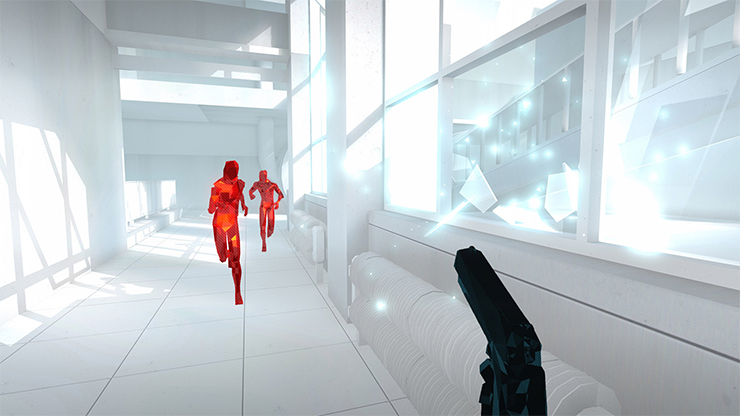 You’re planning on going out at the weekend and listen, you deserve it. It’s been a hell of a work week and you’re worth those few drinks. Yourself and your group of best friends are going out on the town, having the #bantz and the lols – You’ll be talking about this for years to come. Shortly after you’ve decided on a venue, Gerry asks if he can bring his friend, Bill. You’re incensed and you know you’re not the only one because Mary’s after setting up a What’s App group without Gerry, so ye can all bitch about this development. Regardless of who’s coming or who’s not coming, you’re still hellbent on having the night of your life.

You turn up at the pub for about half 7, maybe closer to 8 and you’re enjoying the company of all your old buddies. About an hour into festivities, you go outside for a quick fag, but when you come back in from the smoking room, you see that Gerry has arrived with a very interesting looking character. You’re drawn to this new person because of their hypnotic aura, their defined cheekbones and their beautiful smile. They have the dress sense of someone who should be on the cover of magazines and the topknot of a YouTube star. They’re different, they’re refreshing, they’re something you weren’t sure you wanted, but you now know you need. They’re cool. During a 7 day game jam in 2013, a group of Polish men were inspired to create a prototype that was similar to Time4Cat (a game in which, as a cat, you must cross a busy road in order to collect food). However, in this feline adventure, time only moves when the kitty moves.  This prototype became the fastest title to get through Valve’s Steam Greenlight process, at the time, and went on to raise the team over $230,000 via Kickstarter.

Superhot was released only a few days ago, at time of writing, and according to SteamSpy, has sold somewhere in the region of 35,000 copies. This first-person shooter takes a genre where speed is king – and things are only getting more frantic due to the popularity of series’ with jet-packs, double jumps and wall-running – and gives us something fresh. Every scenario you find yourself in has a number of solutions and it’s up to you to figure out where the most effective shot lays – not unlike a football game, in Superhot you must anticipate the run that you’re enemy is about to make. Analysis be damned, though, the real reason this game has proven to be quite popular in a short space of time is because it’s fucking cool.

Uncharted 4 is out later this year and I’m sure it’ll be great. The series has its flaws, but I’m an unapologetic Nathan Drake fan and have full faith that I’ll be wowed by its bombast and quick one-liners. But, it is the fourth entry in the saga, so I don’t expect Naughty Dog to reinvent the wheel. Gears of War, Mass Effect, Deus Ex: all franchises that I love and I’m hoping for terrific sequels from them, this year. But they’re not going to have me mouth agape at some incredibly fresh mechanic, or subversion, I’m sure.

Earlier this year, a title came out of nowhere called Pony Island. There was a bit of buzz for a day or two when reviews started to come in, but it didn’t take long for the fanfare to die and I haven’t seen anyone mention anything about it since. I expect that come year’s end, very few will have it in their considerations because it’ll be a faded memory, overcrowded by thoughts of spunking over big, AAA releases.

I adored Pony Island, I was smitten with The Stanley Parable and I was in love with Device 6. When a developer takes a risk and plays with the medium, they deserve a nod, in my opinion. And I’m well aware that it doesn’t always pan out – Fez‘s world-twirling mechanic is ingenious, but the game is an exercise in making you feel stupid. There are things that video games can do that film or TV can’t and I wish developers would play with that more. Play with our expectations, mess with our heads and don’t fall into the trap of creating Movie: The Computer Game.

Superhot’s genre-defying gameplay doesn’t mean it gets a free pass, though, and there are a few elements of the overall package that I’d cull or tweak, but not many. It plays brilliantly; it’s minimalist, clean look is a joy; and we’ll all be hearing people say, “SUPER. HOT” in a deep,robotic,  American voice for some time to come. If you want to see video games grow, I compel you to support creativity. The interactive movies get a bit tiresome at times, so when a Superhot comes along, it’s a breath of fresh of air, just like Bill on your night out. Be like Bill.

If you haven’t been keeping up with it on YouTube, watch every single Debatable right here and subscribe to our YouTube channel so you never miss an episode!