previous
Podcast 25/02/16 - Peter Willington and Street Fighter V
random
next
Are these the new Pokémon titles being announced by Nintendo tomorrow?
0 comments 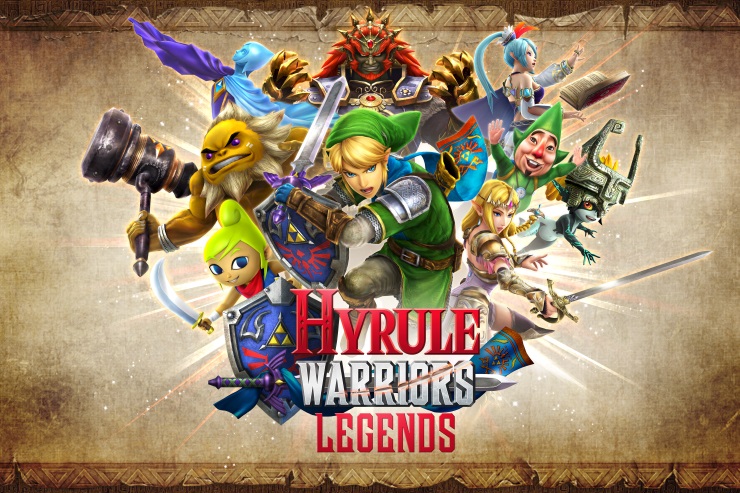 It’s been over a year since Hyrule Warriors came to the Wii U. Omega Force’s Musou take on the Legend of Zelda universe was a gorgeous technicolour feast for the eyes and was positively dripping with fan-service for the die-hard franchise followers. When it was announced that the game was going to be coming to the 3DS I had to wonder how they were going to capture the look and intensity of the game and fit it within the constraints of the 3DS hardware. What has been produced is nothing short of a technical marvel.

If you weren’t paying attention when it originally released, Legends is a different style of game to every other Legend of Zelda game in existence. Koei Tecmo’s team speciality is the musou game. You roam large maps dispatching foes and capturing structures to expand your army and turn the tide of battle in your favour. Battle conditions change constantly and you’ll find yourself needing to move across the area to ensure you keep control of the tide of battle. This flowing mission structure can see you fighting for upwards of twenty-five minutes at a time, giving you more than enough to do, but not really being friendly for short public transport trips. People with longer commutes will have no problems though, and anyone else will find the DS sleep system comes into its own preserving your battle ready for the next time you open up your DS system (just remember to keep it charged though).

When you leap into the game you’ll wonder how your 3DS isn’t bursting into flames as it renders the expansive battlefields and rolling hills of the game’s stages. These aren’t Monster Hunter style small interconnected locations, no, these are large, sprawling locales filled with hundreds of enemy mobs to hack and slash away at. You’ll regularly rack up over a thousand kills per mission, that’s the scale of the battles on offer here. It really is amazing how Omega Force managed to achieve this.

While obviously losing some of the fidelity of the original Wii U version, Hyrule Warriors: Legends is still the full experience, only shrunk down and placed into your hands to take wherever you want. Not only that, but they’ve fleshed the game out with all the DLC that came out for the original and included a six new characters, including Linkle with her own side story. This isn’t just some rush job for the series’ thirtieth Anniversary.

Hyrule Warriors: Legends is shaping up to be an excellent version of the Wii U title. Not only does it come with the base experience, but all the add-ons and more. You’ll be able to obtain new weapons via amiibo and play all new stages. You can even transfer the new characters to your Wii U and use them in the home console version. All this gives fans a multitude of reasons to double dip with the title.

A lover, not a fighter and an all round good guy (he would say that, he wrote this after all), he's happy to be here as part of GIAG.
MORE LIKE THIS
3dshyrule warriors: legendsnintendo