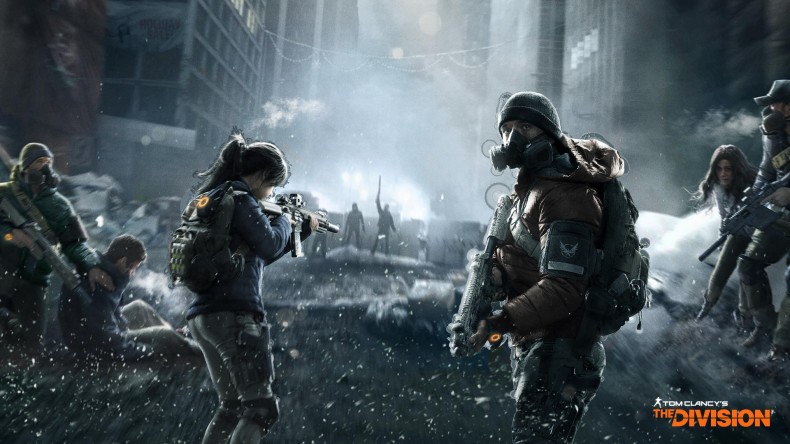 After a chock-a-block February that seemed to overflow with releases, March appears to be shaping up for a similar set up. With popular titles such as Far Cry Primal, Street Fighter V, Plants vs. Zombies: Garden Warfare 2 and XCOM 2 making a splash last month, will March’s releases be able to draw their attention away from the big hitters?

Take a look below at the big games set for release over the next month, and prepare to be broke.

Ten years after it released on Wii, The Legend of Zelda: Twilight Princess makes its triumphant return to Wii U in glorious HD. Set in a Hyrule fractured by an all-consuming darkness know as the Twilight Realm, Link must set out to restore light to the affected regions and defeat the malicious Zant before he can plunge Hyrule into eternal twilight. I reviewed it recently, giving it top marks, which you can read here. Well worth picking up, whether you’re new to the series to a Zelda diehard.

Remedy’s last-gen classics Heavy Rain and Beyond: Two Souls are getting the remaster treatment, and will be released digitally and physically as part of a dual-disc set. Both received positive reviews on PS3, Heavy Rain in particular which drew much acclaim for its writing. Beyond: Two Souls had a more polarised response, but was ultimately positive. Released in 2010 and 2013 respectively, this upscaling will certainly please many people.

After numerous betas which drew in over 6.4 million players, Ubisoft’s third-person shooter finally releases on March 8. Set in New York City following a rampant strain of smallpox causes the United States government to collapse, you take control of the Strategic Homeland Division (SHD) who are tasked with restoring order and investigating the cause of the outbreak. It’s been in development since 2012 and has received somewhat positive feedback follow its online betas, so it’s certainly one to watch.

Landing on PS4 following its release on PC last year, this sub-zero horror title is based on the Dyatlov Pass incident in which nine Russian college students went missing and were subsequently found dead in the winter of 1959. Set on Kholat Syakhl (translation: Dead Mountain), players are tasked with venturing out into the snowy Russian wilderness to find out what happened on that fateful February night. Sean Bean narrates. Need I say more?

Hitman also lands this month, after months of back-and-forth about release schedules and what not. The game is being released episodically over the next few months, and the intro pack — the game’s base and first batch of missions set in Paris — kicks the series off on March 11. It remains to be seen whether the episodic approach for Hitman will be a success: opinion seem split at the moment, but it’s all pure speculation. Following a rather exiguous beta, we’re still a bit clueless on this one. For more information on the content coming to Hitman and its release schedule, see here.

Players will be able to jump back into the ring this month too, when EA Sports UFC 2 hits on March 15. The mixed martial arts fighting title introduces a variety of new features, including the new Knockout Physics System allows players to knock out opponents dynamically based on finishing hits’ momentum and strength. Improvements have also been made to the submission, grappling, parrying and blocking systems from the previous entry, so if you’re a fan of MMA then this could be worth a look. Our guy Chris had a hands-on with the game last week, and also interviewed creative director Brian Hayes.

Hitting Wii U on March 18, Pokkén Tournament is a mix between Pokémon and Tekken — as if it wasn’t obvious. Removing the RPG elements of the games and turning it into a real-time fighting title, Pokkén Tournament goes back to basics: offering a Street Fighter-like experience in place of your typical Pokémon title. With a variety of Pokémon to choose from — Gengar, Suicine and Charizard to name a few — Pokkén Tournament promises to deliver a whole new dimension to the franchise.

Ever wanted to know what it feels like to float around in space? Well, in ADR1FT you can, but it’s not exactly under the ideal circumstances. You take on the role of an astronaut, a survivor of a dreadful accident aboard a space station. You have no memory of the incident, and must traverse the wreckage of the station to discover what really happened. Adam Orth, director of the game, compares the game to his experiences following his inflammatory comments prior to the launch of the Xbox One concerning the console’s proposed “always-on” feature. The game is fully compatible with Oculus Rift so if you managed to snag one, it looks to be quite the experience.

Currently an English, Journalism and Creative Writing student at the University of Strathclyde. Based in Glasgow, I spend most of my free time playing video games ranging from Japanese visual novels to horror games. You can contact me at greg@godsiageek.com!
MORE LIKE THIS
adriftBeyond: Two SoulsCollectionea sports

ADR1FT launching March on Oculus and Steam, Xbox One and PS4 to follow