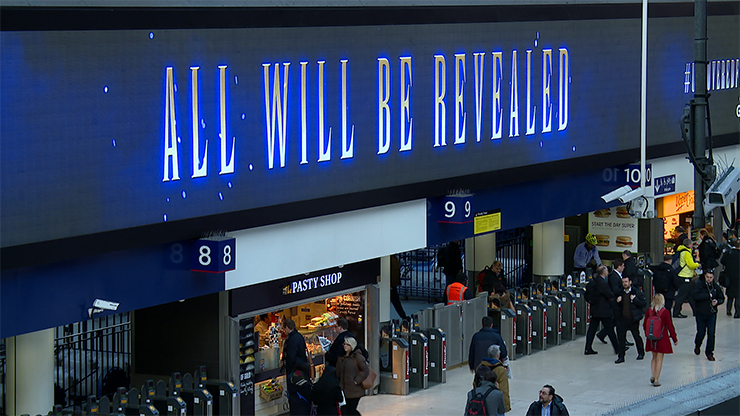 Square Enix is really going all out to promote the Uncovered: Final Fantasy XV livestream.

Today, they took over the largest indoor LED screen in Europe. Waterloo Station hosts said screen and you can check it out for Final Fantasy artwork and maybe some brand new footage.

This is on the heels of the announcements planned from Hollywood in about 12 hours. Uncovered: Final Fantasy XV will also have the release date revealed for Final Fantasy XV so stay tuned to the live stream on Thursday, 31 March at 03:00 BST / 04:00 CEST.

Final Fantasy XV is set to release in 2016 on PlayStation 4 and Xbox One.