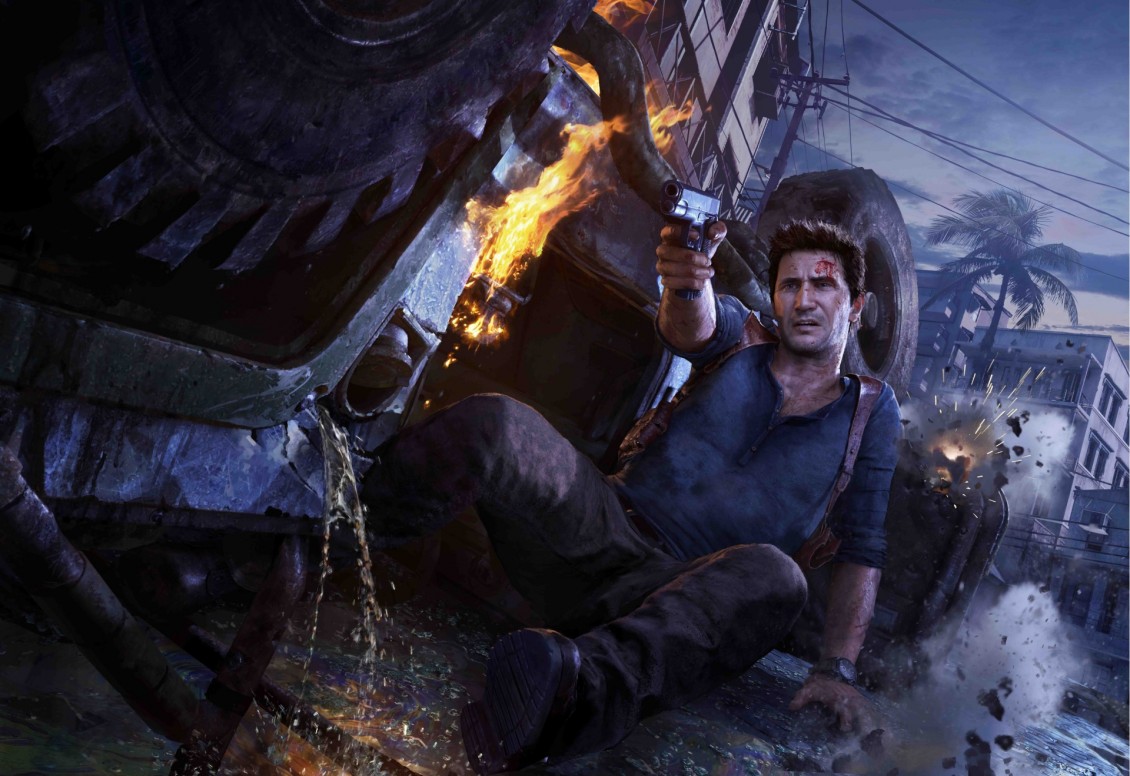 Back in 2007, the world was introduced to a brand new PS3-exclusive IP called Uncharted. Little did we know how big these games would become, and over 8 years on, the final chapter of Nathan Drake’s story is about to be told, potentially putting an end to the Uncharted series and one of the greatest video game adventures ever made.

With just under a month to go until Uncharted 4: A Thief’s End releases, I wanted to celebrate some of the things that make the series so great. The games are fun, exciting and engaging and whether you’re solving puzzles or gunning down bad guys, Uncharted will always provide you with excellent gameplay and a well-written story.

Many love the gloriously chaotic, edge-of-your-seat set-pieces, while others love the historical and supernatural elements written into the story. Whatever you love, it’s obvious Uncharted will go down as one of the greatest video game franchises ever, and rightly so.

Let’s start with the lynchpin of the series: the loveable rogue, the charismatic explorer: Mr Nathan Drake. Throughout the series, we’ve travelled the world with him and been through so much that it’s hard not to love the guy. Not only is he a ridiculously funny chap, he’s always finding the best in a bad situation; as much as he comes across as quite the charmer, there are many times when he shows such a respect for his partner and mentor, Sully and a great love for his sweetheart and soul mate, Elena. Wonderfully voiced by gaming legend Nolan North, Drake has been through a hell of a lot, but he always keeps his head above the water, with the occasional trademark “Ah, crap!” thrown in for good measure. Without Sully, Drake would probably be dead. Sully has followed Drake to the ends of the earth and has always been prepared to die for him, the son he never had. It was a young Sully who took Drake under his wing back in Colombia and helped to make him the explorer he is. Sully is the unsung hero of the series, and although we all love Drake, we’ll always know how important the cigar-smoking treasure hunter is to Uncharted.

Elena is the one thing that keeps Drake fighting to survive. We see him as the wisecracking lothario throughout the games, but Elena is the one he loves with all his heart, and at the end of Uncharted 2 we witnessed the most emotional moment of the series (not counting the apparent death of Sully in Drake’s Deception). When Drake thinks Elena is dead, and looks at her like it’s the last time he’ll ever hold her, it’s incredibly emotional. Thankfully, she survives and in the final moments of the game, the two have a conversation that not only makes us smile, but it shows how much the two really love each other:

We’ve talked about the characters and how we love them so, but without the insane set-pieces it wouldn’t be anywhere near as popular as it is. Who can forget the opening train scene in Among Thieves? Or escaping the French chateau in Drake’s Deception? Escaping from crumbling buildings, or dodging Apache helicopter fire as you run through a moving train is what Naughty Dog does best. I’ve been left gobsmacked by many of these set pieces, but trying to escape the sinking pirate ship and everything that leads up to chapter 14 of Drake’s Deception, Cruisin’ for a Bruisin’, is probably one of my favourites.

I could go on and on about these moments (the rooftop chase in Uncharted 2, the airplane crash and desert trek in Uncharted 3, resisting the zombie Spaniards in Uncharted 1), but it’s time to move on. If you love to fire a gun or lob a grenade, the Uncharted trilogy never falls short of giving you plenty of opportunities to kill endless enemies with phenomenal combat.

Being pinned down with nowhere to run and surrender out of the equation, it is up to Drake to blow up and gun down every single soldier that wants him dead. Whether you’re stuck in a Tibetan village or a crumbling tomb, there are many moments where all out warfare is inevitable, and the flow with which you can fire a GAU-19 machine gun, lob a grenade, then use your fists to knock out a sneaky bastard from behind is immense. Combat is incredibly fun, and when you get used to the controls and the weapons on offer, you can make some sweet music with a melody of bullets and explosions.

I love the bit in Uncharted 2 where you are on the precipice of entering Shambhala, when you are attacked by hundreds of soldiers and Shambhala Guardians. It is intense for a constant 30 minutes at least, and the waves of enemies never slow down. I remember running low on ammo for my 9mm and Moss-12 shotgun, and whenever I ran out, I had to run into the enemies I’d killed to pick up whatever I could, all while the remaining soldiers and supernatural psychos continued to shoot at me. I don’t know how I survived, but I did.

Brains are just as important as brawn in the Uncharted games, and there have been some fantastic puzzles throughout the series, too. Using your trusty notebook for clues, many of the puzzles require you to line up symbols, objects and light to unlock doorways and reveal the pathway to your fate. Uncharted has always managed to provide a fantastic story, combining history and mythology with the supernatural superbly. There’s been El Dorado, Sir Francis Drake, cursed Spanish colonists, Marco Polo, the Cintamani Stone, Shambhala, John Dee, the City of Ubar and the evil Djinn throughout the trilogy, each piece of the puzzle providing intrigue and excitement along the way.

Amy Hennig has been the head writer and creative director for the series and the excellence of these games is largely thanks to her. Her work was scrapped for Uncharted 4, and she has left Naughty Dog to go and work on a new Star Wars project at Visceral Games. Whatever this lady does turns to gold, and without her at the helm of this franchise, who knows how different it would have been.

We’ve been around the world with Drake, travelling to the Amazon, Tibet, Nepal, Borneo, Yemen and the deserts of Rub’ al Khali, each one stunningly designed for you to discover. The games may be relatively linear, but the feeling of exploration is always at the forefront. My favourite location in the series was in Uncharted 3: Drake’s Deception; after crash landing in the Rub’ al Khali desert, it was so well-designed and it gave a real feeling of vastness, overwhelming Drake to the point he thought it was the end for him. There may not have been a lot in the way of buildings or fauna, but the way the light reflected off the sand dunes blew me away.

The villains of Uncharted have been diverse and devious, evil and entertaining. Everyone remembers Navarro and Roman from the first game, right? Navarro was a real shit in the end, so saving Elena and plunging him to the depths of the ocean meant the adventures of Drake’s Fortune were over, making you feel pretty pleased with yourself. Harry Flynn and Chloe from Uncharted 2 provided some great scenes with Drake, but the real brute of Among Thieves was Lazarević, and the final fight at the Tree of Light meant you finally got to put the big man down. In Drake’s Deception, it was Mirren-esque Marlowe and her snobby twat of a sidekick Talbot that provided many problems for Drake. Watching Talbot fall into the pits of the collapsing city of Ubar was a fantastic sight, but it signalled the end of the Uncharted trilogy and the end of the story so far.

On May 10th, Uncharted 4: A Thief’s End will be released for PlayStation 4 and we will witness the end of Nathan Drake’s story for good. The series has brought us laughs, excitement and even tears, so saying goodbye to Drake and potentially the Uncharted series will be tough, but thankfully we’ll always have the games to play through again and again. Support GodisaGeek by purchasing through these links:

Video games are cool. Don't let anybody tell you any different.
MORE LIKE THIS
naughty dogUncharted

The Last of Us Part II: Spoilercast