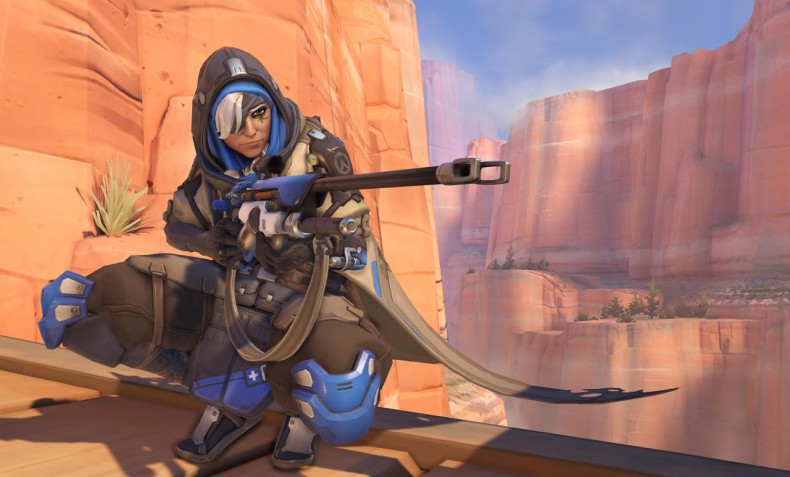 In a reveal trailer, Ana is shown off healing teammates using her sniper as well as providing strength boosts. When caught off-guard, Ana can use sleep darts on her enemies, putting them straight to sleep and making them an easy target — just like poor McCree in the trailer. Ana can also use biotic grenades to heal a cluster of teammates at once. Her Ultimate ability, Nano Boost, turns her teammates into “superpowered soldiers”, giving teammates increased damage, faster movement, and a higher resistance to damage for its duration.

You can see Ana in action below. Thanks, GameSpot.

Currently an English, Journalism and Creative Writing student at the University of Strathclyde. Based in Glasgow, I spend most of my free time playing video games ranging from Japanese visual novels to horror games. You can contact me at greg@godsiageek.com!
MORE LIKE THIS
anablizzardHeronew hero

Overwatch: Console patch brings Ana and updates to PS4 and Xbox One out now