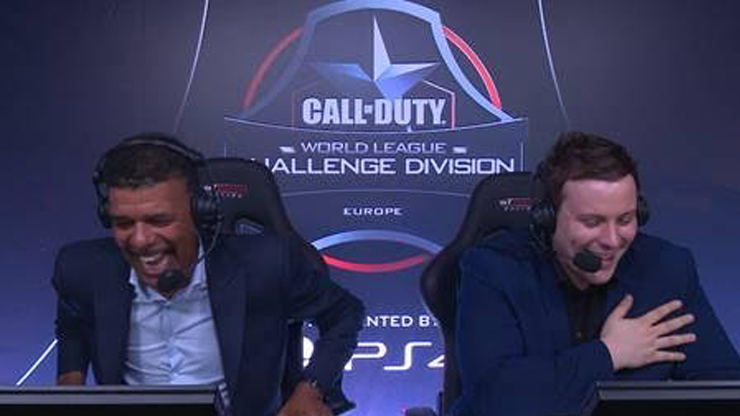 London, UK – 31st August 2016 – Ahead of this weekend’s thrilling finals of the Call of Duty World League Championship, Activision has teamed up with infamous football commentator Chris “Kammy” Kamara, to put his skills to the test commentating over live Call of Duty: Black Ops III matches.

To see how he fares when swapping the gantry for a specialised competitive gaming arena, check out the video here:

In a thrilling contest featuring professional Call of Duty players, Kammy tries his best to learn the Call of Duty language in only the way that Kammy knows how, alongside CoD-caster Alan “Bricey” Brice.

Taking place at Call of Duty XP 2016, the biggest Call of Duty® fan celebration in history, the Call of Duty Championship finale presented by PlayStation®4 will have $2 million dollars up for grabs. Action will take place from the 2nd – 4th September, with the final teams battling it out to become world champions on Sunday 4th September.

For fans who can’t attend Call of Duty XP in person, select events from the celebration, as well as the Call of Duty World League Championship, Presented by PlayStation®4, will be livestreamed in HD on Twitch at www.twitch.tv/callofduty and on YouTube at www.youtube.com/callofduty.

For more information about Call of Duty XP 2016, ticket information and the Call of Duty World League, Presented by PlayStation®4, please visit www.callofduty.com/xp. Fans can also follow @CallofDuty and @InfinityWard on Twitter, Instagram and Facebook.