The philosophical journey of No Man’s Sky 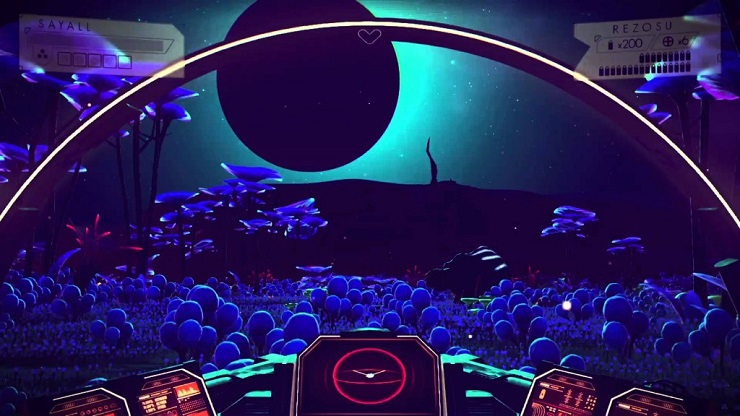 Trying to quantify what exists outside of our atmosphere is impossible for our tiny minds. Even for those lucky souls who get to study its vast and unexplored nooks have no idea – not really – what exists in the darkest depths of our galaxy. Space is unfathomable, greatly unexplored and largely a mystery to us. It’s why we create stories about it and tell them to our children. It’s the reason for so many fantastic TV series, movies, books and video games. We question whether there are aliens out there or whether we’ll ever be able to live on another planet because it’s interesting to entertain these notions – it’s a fantasy within our grasp.

For two long years, video game and science fiction fans have been waiting to play one of the most hotly-anticipated games of all time. No Man’s Sky was announced at E3 back in 2014 and ever since we heard about the procedurally generated space exploration game, nobody’s managed to stop talking about it. I could fry your brain with figures regarding how many planets you can visit or how long it would take to visit each one (not in your lifetime, or possibly anybody else’s for that matter), but I’d rather talk to you about something else. I’d rather talk to you about the philosophical journey of No Man’s Sky. In the grand scheme of things, our existence is inconsequential. When you look through a telescope, or look at the thousands of photos taken by NASA, you start to realise how much the little things don’t matter. You missed the second half of your football team’s match at the weekend, somebody left the toilet seat off, your mum told you to clean your room, you favourite game’s release was pushed back – it doesn’t matter. What matters is there’s so much beauty we don’t even know about and how incredibly lucky we are to even know about the stars.

The very fact that a world beyond our wildest dreams exists above our heads is remarkable; even though No Man’s Sky may be a computer game, it could potentially be the greatest kind of escapism you’re ever likely to experience. In just under a week, we will get to explore an entire universe filled with untouched planets, wild and exotic aliens we weren’t even aware of. Those pictures of nebulas and black holes may not just be photos anymore – they may be part of your journey. There may be combat, smuggling, killing and all-out violence, but the one thing I’m looking forward to do the most is probably the most basic thing of all – explore and exist. I want to drift through the galaxies of No Man’s Sky and feel inconsequential. I want to realise that the little things I often worry about don’t matter and I want to be the person to be alone with my thoughts in the cosmos. Yeah, ok. It’s just a video game and it’ll be nothing like actual space travel. I’m no fool – I know. I know it’ll never be anything like the real thing, but why do we really play video games? I play them to feel something new or to know something more than the fundamentals of everyday life. When I think about how excited I am about a game I haven’t even played yet and how I talk about it as if I know exactly what to expect, I don’t feel like I’m jumping the gun. I don’t know if the game will be good and I don’t know if the mechanics or the gameplay will be on point. I do know that the beauty of the unknown will be in the palm of my hands, and that escapism I crave will be available as soon as I press play.

No Man’s Sky is probably the most anticipated game I’ve ever known, and with good reason. If all of these videos we’ve seen represent even a small percentage of what the actual game will be like, I’m on board. I’m on board my ship on the precipice of galaxy with me, my thoughts and my happiness. I won’t try to understand the unknown, but I will be a part of it.