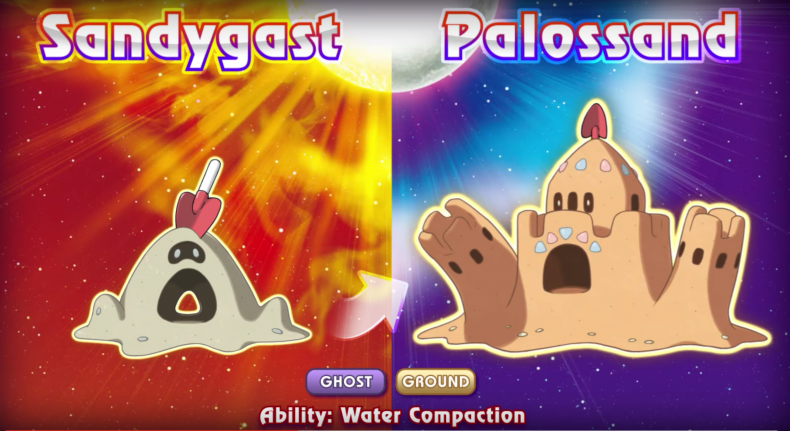 Nintendo have released a new trailer for Pokémon Sun and Moon which shows off four new Pokémon: Sandygast, Palossand, Crabrawler and Stufful.

Sandygast is a Ghost/Ground Pokémon that resembles a sandcastle (imagine that!), which evolves into Palossand — an even larger sandcastle. It has the ability to raise its defence drastically when damaged by a water move. Stufful is a Normal/Fighting teddybear-like Pokémon which evolves into the already revealed Bewear.

The trailer also shows of Crabrawler, a purple crustacean Pokémon that has boxing gloves for claws, that looks as though it could knock its poor crab pal Krabby out in one foul smack. See the new additions below.

Pokémon Sun and Moon launch on November 18 on Nintendo 3DS.

Currently an English, Journalism and Creative Writing student at the University of Strathclyde. Based in Glasgow, I spend most of my free time playing video games ranging from Japanese visual novels to horror games. You can contact me at greg@godsiageek.com!
MORE LIKE THIS
nintendoPokemon Sun and Moon