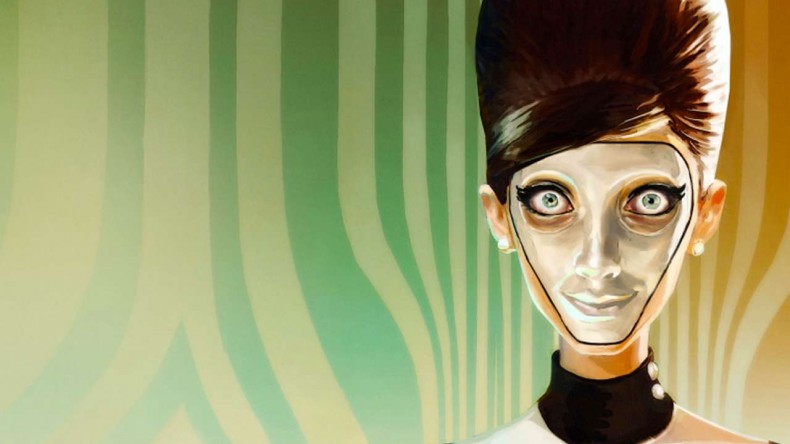 There’s a time and place for early access. I’m not a major advocate for making anything available to the public when it’s unfinished, you understand, but there are times when it’s to the benefit of all — in a MOBA like Paragon or Smite for example, or a shared open world adventure that must be tweaked and updated to within an inch of its existence before it’s ready for “launch”. But We Happy Few from Compulsion Games falls into neither category, and I’m struggling to understand the point of making it available so soon when there is still so much work to be done.

It’s a 50% alpha build right now but given its solo, story-driven campaign, I don’t know why anyone has access to it yet. There are things blatantly wrong with it that don’t require consumer or critical feedback to see.

First however, some good stuff. For a start, it’s conceptually cool. In the alternative 1960s town of Wellington Wells, people are kept happy and compliant by Joy, a synthesised drug that seems to induce a kind of shared hallucination that everything is rosy and sweet. A more direct example is given right at the start when protagonist Arthur decides to forego his latest hit and discovers that a piñata full of candy is actually a dead rat, and his friends are shovelling its entrails into their mouths thinking it’s chocolate.

It’s shocking and disturbing, but it’s the kind of high-concept Soylent Green-type world that starts to fall apart the moment you pick at its foundations. Anyway, Arthur is soon revealed to be a “downer”, and is forced to flee into the sewers when the sinister, creepily-masked police descend upon him.

It’s when you’re out in the slums where the proper game begins that the cracks open up and stay put. You find yourself cast into the hole where the world keeps its downers, a miserable little pit of a town where everyone hates everything but doesn’t have the energy to do much more than moan about it. It makes little sense that it should exist, either. We’ve seen people being forced to take their Joy already but apparently when they don’t, the only real consequence is being tossed out to starve in gloomy poverty. My excitement when I got hold of a Joy pill and popped it, expecting to see the world change before my eyes, was smothered to death when it simply didn’t. The pill did nothing to alter my perception, and I had to wonder what the point of it all was. Conversely, when you reach the “rich” part of town where things are cleaner and everyone is on Joy, you’re seeing the truth that they’re not. One perspective shift doesn’t really make sense without the other.

Currently, most dialogue seems to be a placeholder (or at least I hope it is). Arthur says things to random citizens with zero context or else spouts meaningful yet random Shakespeare quotes. It’s all very weird. As is his voice, which is always shaky and terrified and terribly polite, and completely at odds with his ability and willingness to beat people to death with tree branches.

If any area needs real work, it’s the survival aspect. The world itself is all very Bioshock/Dishonored in many ways, as you give booze to the police so they get drunk and distracted, or bypass Tesla-like devices called “spankers”. But the exploration and atmosphere are dampened by the need to satisfy Arthur’s various longings. Health, hunger, thirst and tiredness must be monitored at all times and it’s utterly infuriating.

Somehow, Arthur can starve, dehydrate or collapse from exhaustion within around 24 hours, and so every time you get invested in anything you’ll need to stop and go scavenge food or have a lie-down. It’s massively intrusive, totally unnecessary and it doesn’t work all that well with the world. Crafting items and weapons and acquiring outfits to help with different situations are all great additions but the resource management seems misjudged to me.

At this point, it’s all very young and new. There are apparently two more campaign protagonists to be added as well as different modes, but they’re not available yet. As a result, it’s hard to be overly positive about We Happy Few just yet because it still has such a long way to go before it’s ready to even be previewed properly.

That being said, the first glints of greatness just about shine through the design issues and bugs. There’s huge potential in the world and the characters, and the crafting and survival elements add several more layers to what could have been a much more simplistic 3rd person action game. To say We Happy Few needs work is a bit of an understatement, even for an alpha build, but if Compulsion Games can pull it together and iron out the kinks, they may just have something great on their hands.

Senior Content Editor Mick has been playing games for over 30 years and writing about them for around 12. After drifting from site to site for a while, settling briefly at the now-defunct Made2Game and freelancing for the gone-but-not-forgotten NintendoGamer Magazine, he came at last to rest at Godisageek. Mick has been a reviewer, staff writer and content editor here for some time, while also moonlighting a little for Red Bull Games. He has 4 kids, has written 2 novels, and sometimes even manages to pay a bill or two. You'll usually find him defending the galaxy in Destiny 2, battling evil in Diablo 3, or lurking in the background on Twitter. Find him there @Jedi_Beats_Tank, or on XBL (JediWaster247), PSN (Jedi_Waster) or Nintendo (JediWaster).
MORE LIKE THIS
Compulsion Gameswe happy few