PES LEAGUE Ambassador for 2017 is Aubameyang 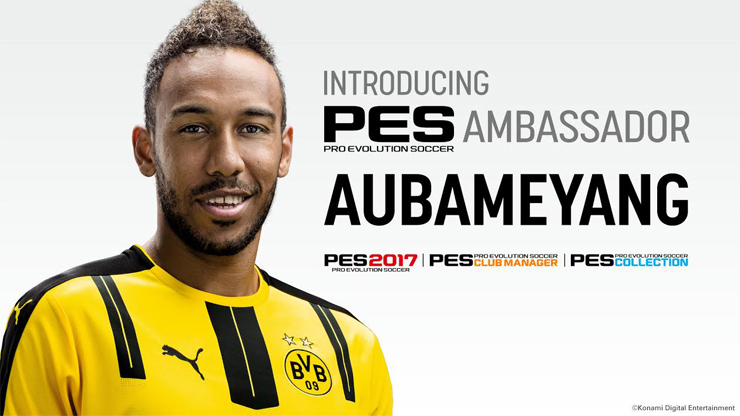 Konami just announced that Aubameyang is the PES LEAGUE ambassador for 2017.

Aubameyang had the following to say about PES 2017:

“I saw for myself the love for PES 2017 that shines from its many fans when I attended gamescom, and am proud to be part of the Ambassador program KONAMI has set up. PES LEAGUE takes the game to another level making it possible to play against PES players from all over the world. To be selected to work with this talented team is amazing, and I look forward to sharing ideas on how we can take the series forward and show its stunning gameplay to an even wider audience. This is just the beginning though for PES LEAGUE and there are some big announcements coming soon so watch this space.”