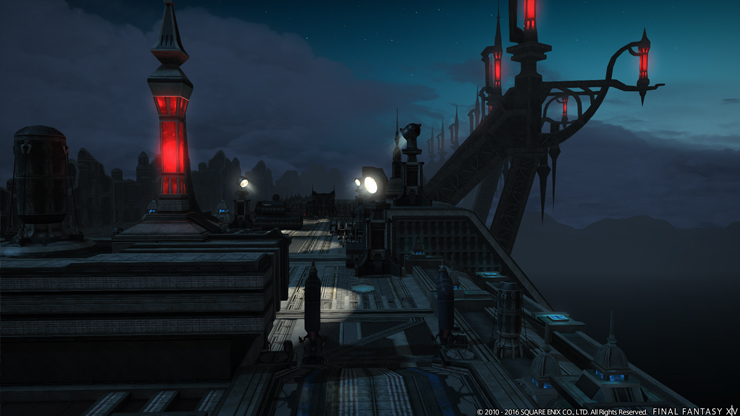 The best numbered Final Fantasy game since X on PS2 gets even better next month with Patch 3.5. The Far Edge of Fate will have unexpected reunions with the Scions of the Seventh Dawn targeting distant horizons. Here are some of the features in patch 3.5 including dungeons:

Baelsar’s Wall (Dungeon)
Marking the border between the Black Shroud and Gyr Abania, the legacy of Gaius van Baelsar is a towering monument to imperial tyranny. And now smoke rises from its iron crenellations.

Sohm Al (Hard) (Dungeon)
The fall of Nidhogg brought an end not only to the Dragonsong War, but also to the hierarchy of power that reigned upon Sohm Al. Bereft of its dreaded leader, the Horde scattered to the four winds, leaving the dragons’ sacred grounds untended and unguarded.

Contaiment Bay Z1T9
Only one pillar of the Warring Triad remains: Zurvan, the Demon. Worshiped by a Meracydian race of centaur-like beings, this eikon manifested upon the physical plane as an embodiment of eternal victory. And yet, despite his godlike might, Zurvan was captured. He has languished in his Allagan-made prison now for five thousand years, his primal desire for justice swelling in magnitude with each passing millennium…

Egi Glamours
Summoners can give egi a whole new look with the /egiglamour text command, giving their pets the appearance of Ruby Carbuncle, Emerald Carbuncle, and Topaz Carbuncle. Choose your favorite form, and keep a lookout for more glamours in future updates!

One nice addition is an update to the party finder. From Patch 3.5, players get to use the party finder to recruit from any world within the same data center. You can still recruit with friends using a password and it has never been easier to group up.

Final Fantasy XIV: A Realm Reborn Patch Before the Fall is Released Today