previous
The pile of shame, a different kind of gaming addiction
random
next
Filthy Lucre releases on PC next week
0 comments 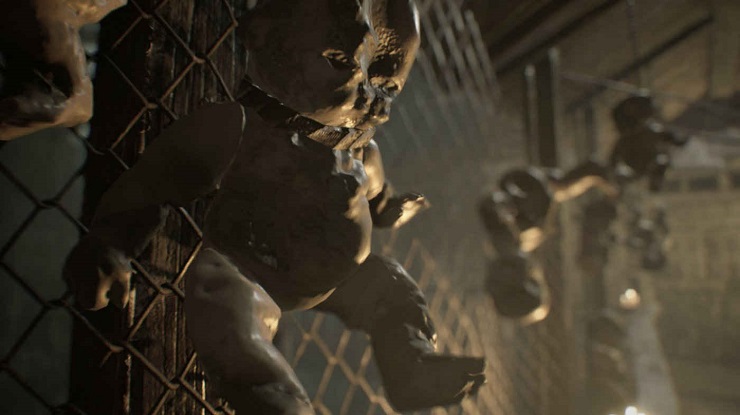 I heard that for the first week following E3. That first demo of Resident Evil 7 was always going to draw comparisons with Hideo Kojima’s Silent Hills Playable Teaser. It had the surprise E3 reveal, the “demo available now on PSN” during the Sony conference, the move to a first person perspective, and even a demo full of secrets and atmosphere.

But it was always more than just a “rip-off” of PT.

After the recent action-oriented titles of the main series, Resident Evil needed a kick up the arse, something to bring the horror back. It needed the claustrophobia, the darkness, the mystery. Once the Sony E3 conference ended, I, like many others around the world, immediately downloaded the demo. Although, being as it was about 4am, I didn’t actually play it until the next morning (I’m not as young as I used to be, so there were no all-nighters for me). Even in the light of a summer morning, there was no denying the incredible atmosphere of this new Resident Evil. The genius of this demo? It wasn’t the complete picture. Updates would add more content, gradually creating an experience that would get closer and closer to how the finished game would play. The demo wasn’t meant to be a part of the main game, but it certainly ties to it in some ways that would eventually become clear.

The second update, Twilight, released a couple of months later and added an extra room upstairs, along with a few other items that hinted at things to come. Finally, the new Midnight update announced at PSX on Saturday, and released shortly after the show, the demo was finally complete.

Diving right in, the atmosphere is still just as good as it was in the beginning. In my first playthrough, I decided to do the standard run. I would go for the video, watch its grisly tale of death, grab the key to the back door and try to escape. On a whim, I tried the door to the right as I left the opening room. It opened. That alone threw me into a state of dread, a fear of the unknown creeping around my heart as this new area opened up before me. That’s how good the horror of Capcom’s new direction is, as the simple introduction of a new area instils terror without anything else actually happening. The rest of the run was exactly the same as the first go, except the “welcome to the family” ending resulted in a “bad ending” message being displayed on screen. There it was. There must be a good ending, right? In fact, there are two new endings, but getting the good one isn’t as easy as you might expect. I’m getting ahead of myself, though.

On my second playthrough, I went straight for the lever beneath the fireplace and grabbed the fuse from the secret room. I went through the video in order to unlock the axe (although I later discovered that it’s now possible to find another lockpick in the main game), then went upstairs to grab the basement key. Heading into the new area, it was time to visit the depths of the decrepit house. Reaching the door with a key in hand triggers a jump scare that’s nicely timed, but I headed down the stairs anyway. Another door greeted me at the bottom, and another sound triggered that actually caused me to pause the demo. I wasn’t prepared for what may lie within and I needed a moment to compose myself – something I’ve never had to do in all my years of playing horror games. I can’t help but admire the developers for filling my bones with that level of fear.

Steeling myself, I entered the room. Bodies wrapped in plastic, hung from the ceiling, a valve lay on a table beside an open doorway into another room, inside which sat a doll and some shelving. I moved slowly, axe held out before me, and made my way to the valve. Nothing happened. I let out a breath, continuing into the side room. Something fell off a shelf behind me and I turned, just in time for the shelving unit to explode in a shower of splintering wood, a horrendous creature barrelling through and knocking me to the ground. Holy fuck, an actual monster? The previous iterations of the demo had contained plenty of atmosphere but no tangible threats – another testament to how well-crafted the atmosphere really was – so I was wholly unprepared for this development. I panicked, swung my axe wildly, but nothing stopped the onslaught of the oozing black thing that had me cornered. Then the inevitable happened: I died.

That familiar message, similar to the one that had graced every death scene since the very beginning of the series in 1996, flashed up on screen. The Resident Evil fan in me couldn’t help but smile at that, just as my heartrate slowly returned to normal. The second attempt saw me fighting the monster back, but my plans to exit the room were thwarted by a familiar face blocking the doorway, cackling at my imminent death. And yes, I died again.

What was I doing wrong?

I eventually figured out how to get away, finding the handgun shortly after, hinting at the combat that will be seen in Resident Evil 7 properly. Something wasn’t right with my character, and thus I discovered one of the new endings. Through the magic of online forums, I discovered that there was indeed a good ending to be found, and it was all down to the events that transpired in the basement. It wouldn’t be easy, but it was worth a try – or several, in fact. It tested my patience to its limits, unfortunately ruining the atmosphere as it quickly gave way to frustration, but I would eventually see the good ending. Not entirely worth it, but it did finally round off the wait to see the demo’s true ending after all these months.

Frustration aside, the journey from E3’s shock unveiling, all the way through this mysterious, terrifying and evolving demo, has left me incredibly positive about next month’s release of Resident Evil 7. Not only is it a bold new direction for probably my favourite game series, it still manages to remain somewhat familiar, reminding me of the feelings I had when playing the original game on the first PlayStation in 1996.

But don’t just take my word for it, the PS4 demo is available to try for yourself. Even Xbox One and PC players can join this new world of survival horror soon, when the demo releases on those platforms later this month.