previous
Homebound heads for HTC Vive and Oculus Rift in 2017
random
next
Nintendo has no plans to add content to Super Mario Run: Report
0 comments

The great finger mystery of the Resident Evil 7 demo 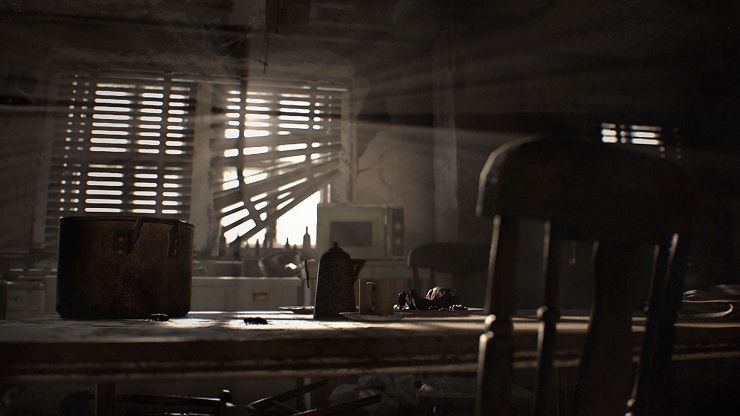 That bloody dummy finger. Ever since E3’s release of the Resident Evil 7: Beginning Hour demo, that finger has mocked me – laughing at my inability to solve its mysteries. I pored over forums and websites, reading the various theories (some interesting, some insanely wild) but nothing concrete emerged. I thought I would be doomed to forever wander through the Baker house, never to solve the mystery of the dummy finger found within.

When the first demo update arrived (Twilight), I turned that house upside down once again, searching high and low for a use for the dummy finger. When a celluloid hand was found in the newly added attic room, creating a pointing dummy hand, I thought I might finally have the answer I needed, maybe it finally had a use! But no, that was it.

And so, with the final demo update (Midnight), the process began all over again. A whole new area was opened up, presenting several opportunities to finally discover a use for the dummy finger and its completed hand. It has nothing to do with the main story of the demo, but rather an optional mystery surrounding the deaths of five previous victims of the Baker family. It also requires the use of a completely new item found within the Midnight demo’s new area: a blank notebook. When both the notebook and the completed celluloid hand are in your inventory, reading a message scrawled in blood on a wall in the attic will trigger a creepy laugh. This is the audio cue that a cryptic clue has appeared in the notebook, which will attempt to point you in the right direction. Upon finding the correct place or item, pointing the finger of the celluloid hand at it will trigger a sound relating to the demise of each victim, but after that, triggering the next laugh (and the next clue, crucially) is a seemingly random and meaningless act. It’s a bit of an anticlimax, truth be told. After all the waiting and theorising, all the crazy Reddit ideas, it comes down to a PT-like series of silly, abstract objectives that feel completely out of place. It breaks immersion when, instead of a genuine puzzle, you’re reduced to standing outside a certain door for no reason, or to hitting a painting with an axe. To make things worse, the triggers aren’t even guaranteed to work. The conditions required for the laugh to sound are unclear, and with only online speculation to go on, there are no guarantees that you will ever discover the full story of those five victims.

As silly and random as it is, we’re still getting to see a use for that dummy finger from the original demo. And there’s more; completing the puzzle will net you an item that will transfer to the full game on January 24th, however, there’s no obvious clues as to what that item will do. Yet another mystery brought about by this bloody demo.