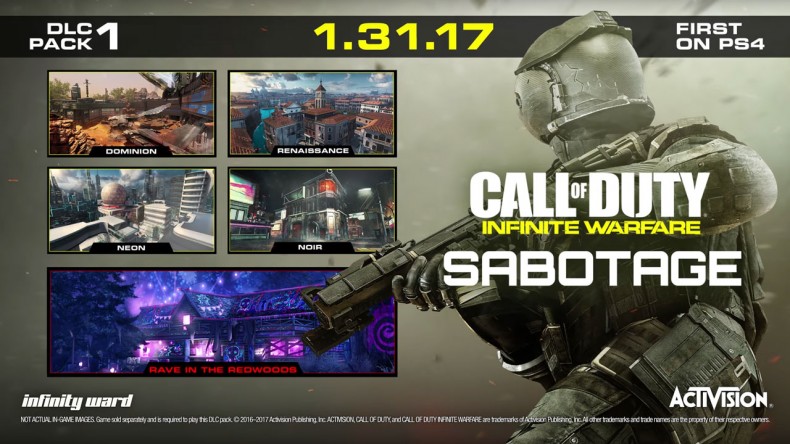 With Call of Duty: Infinite Warfare’s first DLC now available on PS4, Activision have released a trailer showing off some of the action you can expect from the new content.

The “Sabotage” map pack adds four new multiplayer arenas to Infinite Warfare with the highlight being Dominion, a re-imagining of Modern Warfare 2’s Afghan. The other three are: Neon, a “Z” shaped digital city, Noir which takes place in Brooklyn late at night and Renaissance, set by the canals of Venice.

Also featured in the DLC but not shown in the trailer is the new zombies mode “Rave in the Redwoods” which sees players fighting off the undead in an abandoned camp/rave party in classic 90’s style.