Arms gets a release date and 4-player battles 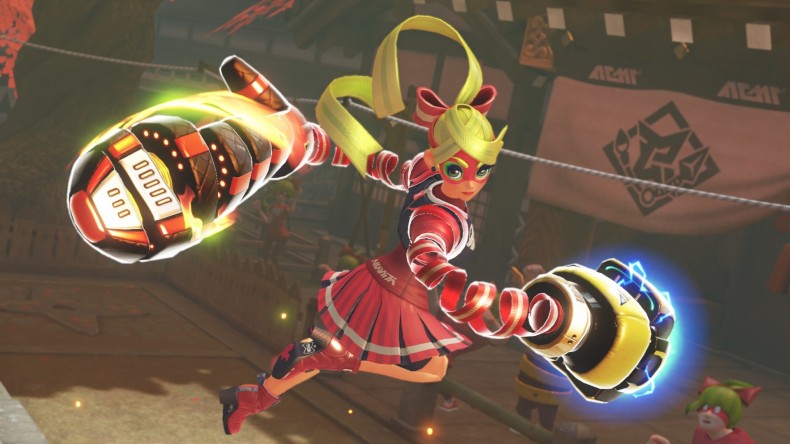 During it’s Direct this evening, Nintendo have revealed new gameplay footage for Arms, the spring-fisted arena fighter, and announced that it will release on June 16th.

During the gameplay shown, the game’s commentator, Biff, described some of the different weaponised fists that fighters can utilise in battles and how players can use in-game currency to purchase new ones. Each of these will come with an associated type such as Fire or Ice.

A new contender, Minmin, was also revealed who can utilise kicks to inflict damage and block incoming attacks and finally, a 4 player battle was briefly shown for the first time.

It was also announced that yellow Joy-Cons will be released alongside Arms on June 16.