Seven tips to help you in Yooka-Laylee 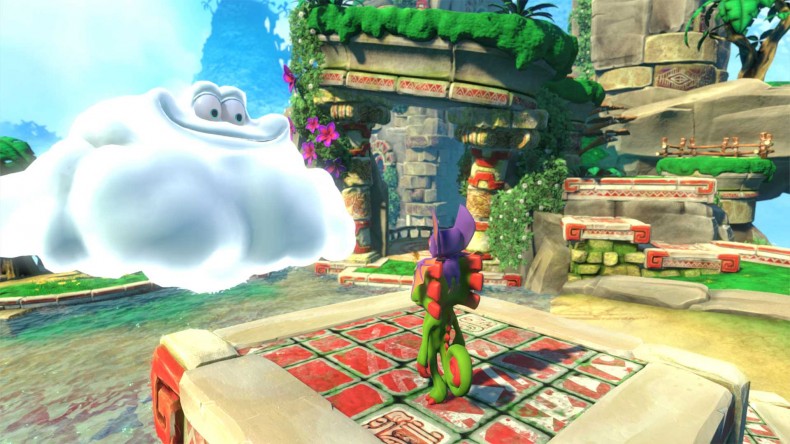 Yooka-Laylee may not be the triumphant return to the glory days of N64 platform gaming, but it’s still an adventure worth your time. To make the most of that adventuring, here are seven handy hints to help you on your way.

Learn the whereabouts of Trowzer

Your first port of call in any new world should be Trowzer the snake. He’ll teach you a vital new move when you visit him for the first time in each world. He’s also the vendor for buying new moves as you progress, which are absolutely essential to collecting Pagies and unlocking new worlds.

With every new Grand Tome visited, his stock increases. He usually hangs around somewhere near the beginning of each world, so do yourself a favour and go see what he has to offer. These are your currency for Trowzer’s store, allowing you to buy new moves. Quills are fairly easy to find, often in groups or on platforms leading to new areas. In fact, Quills are a good way to tell that you’ve found somewhere new. Whenever you unlock a new move that helps with traversing the environment, go see if there are some previously unreachable Quills knocking around.

In worlds as big as those seen in Yooka-Laylee, you are encouraged to look around. As the marketing says, “if you can see it, you can explore it”. Look carefully around every tree, rock, and pipe; you never know if there’s a hidden entrance to a building or leading into a little jungle area, filled with Quills and maybe even a character or two, ready to give you a new quest. Get to know the hub world

Exploring goes double for Hivory Towers. Not only is it home to the Grand Tomes of the game, it’s home to several secrets. It can be confusing to explore, too. It’s a big place, filled with treasures and dangers, not to mention shortcuts to later Grand Tome locations. The hub world also houses plenty of Pagies and Quills, so don’t be afraid to look around a bit.

This might seem an obvious one, but it’s worth remembering nonetheless. Sometimes you might be stuck on a world, but expanding it will just give you more options in your quest for more of those precious Pagies. Or expand another world to give you extra options. It can’t hurt to have extra quests available in another Grand Tome, for when you’ve finished with the one you’re on. This is possibly the most important thing you can do in Yooka-Laylee. It’s a game that doesn’t really tell you what to do, or how to do it, so whenever you find something that seems impassable, it’s worth trying out that new move you just bought. It won’t work every time, but it might give you ideas for later on, or perhaps for something you saw somewhere else.

Which brings me neatly to my final tip (how about that for a quality seque?)…

Whether you’re stuck on World 5, bored of grinding through World 4, or just think you’ve exhausted all your options on those later worlds, make your way back to the earlier Grand Tomes. Especially if you’ve bought all of Trowzer’s moves. Yooka-Laylee is almost like a Metroidvania in that respect, as you can always go back to the beginning areas to discover previously unseen or unreachable secrets.