Interview with Matthew Prior, Creative Director on FIFA 18 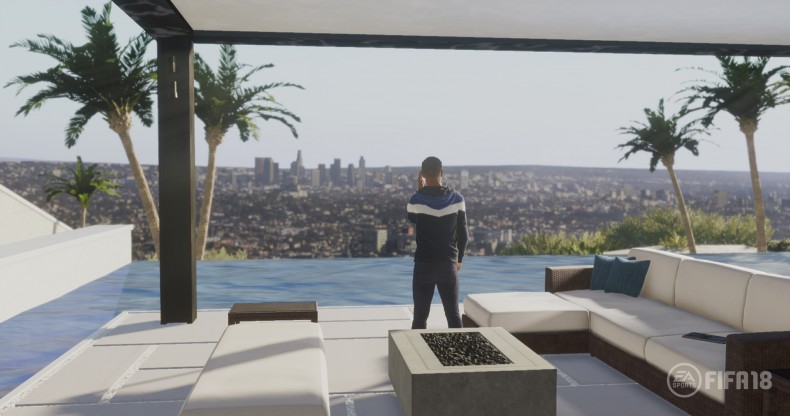 An audible gasp goes around the room at Stamford Bridge when the first clips of FIFA 18 show up on screen. This isn’t because of some amazing new feature, or some catastrophic mistake, it’s because it genuinely looks like we are watching a match being played right outside the windows to our left. Medium range shots of players look incredibly good, while the colours when on the pitch seem a lot more vibrant. Add in the improved movement of the player and at first glance you wouldn’t know that it is a digital version of Cristiano Ronaldo running down the wing and not the real deal.

“The leap in terms of visuals is the biggest we have ever done,” proclaims Matthew Prior, creative director on FIFA 18, proudly as we sit down for a chat about the new game. “We are really seeing the kind of power of the Frostbite engine, because we are on year two so we can really start pushing that. We are saying it is starting to blur the lines between the real world and the virtual world.”

It certainly is difficult to disagree with his thoughts, this really is the best FIFA has ever looked. There is of course some technical improvements, but a lot of the improvement in the way it looks can actually be put down to pretty simple features, or areas the team has worked hard on.

One of those areas is the new animation system that has been implemented. Greater control over player animations and the ability to change things at every frame has made general movement a lot more natural, but it has also allowed the team to tweak how certain players move. What is interesting to note is that for the most part you would not be able to tell the difference between the hyper realistic movement of Ronaldo who was motion captured, and the just as good movement of Raheem Sterling. Both have very unique ways of running and moving with the ball, and both have been faithfully recreated in the game. The only difference is that one is done from actual data from the player and the other is done by the team of animators back at the studio. While only a few players have been tinkered with for this year, it is certainly an area that can be expanded for future releases.

But the player movement and extra optimisation of the Frostbite engine aren’t the only things that make FIFA 18 look incredible. Another area that the team has worked hard on are the stadiums you will be playing in. Much like with custom player animations there is only so many stadiums the team can work on each year, but for the ones they have gone big on this year the difference is incredible.

“[Stadiums and atmosphere] are such an important part of the game, because a lot of people have such an affinity with their club, myself included. So when I play with Man City I really want to kind of feel that atmosphere,” says Prior, ruining any kind of rapport we had built up by admitting he is a City fan. “Audio is a big part of that, getting the right chants. Every team sings different songs, unfortunately we can’t put them all in due to the nature of some of them, but that side of things is a massive part of football. In no other spot in the world do the fans sing like they do in football. Then there is a lot of little things, so as you can see in La Bombonera there’s those little things that differ between regions, like the pitch flags and the litter, all that kind of stuff.” La Bombonera, home of Brazilian side Boca Juniors, is a stadium they have put a lot of focus on and it shows. Special lighting, sounds and extra crowd details make it feel very different from the other stadiums on offer, showing that this commitment to better stadium atmosphere has worked. But there is only so many hours in the day, even for a massive team at EA, so choosing what areas to focus on for these stadiums is not an easy challenge and some big clubs will be left out.

“In terms of the process of [deciding what to work on in stadiums], we look at where is there a significant difference where adding that feature will really make it stand out,” says Prior. “Once you get to the tiny little nuances of each stadium the bang for the buck is not worth it, so it is a matter of identifying who has the biggest differentiation and focusing on that. I would love to get the bubbles in West Ham’s stadium for example and all that kind of stuff.”

When you combine all of this together you get what is possibly the most beautiful football game ever. FIFA has always had the advantage over its competitors when it comes to presentation, and now there isn’t even a question of anyone being able to compete with them this year. Regardless of if you have paused the game and go and take a close up shot of Ronaldo’s face or if you are playing live with the wide angle cameras, the visuals of FIFA 18 do not disappoint. It may not be the most important aspect of the game, but it certainly is one of the most impressive, and it genuinely surprised me when I first laid eyes on the game.

eSports! I joined God is a Geek all the way back in September 2013 and since then have spent most of my time on Dota 2, and occasionally posting the odd review, news article or totally wrong predictions for The International. When I am not playing Dota I can probably be seen watching some kind of strange eSport or begging for more Twitter followers (@MikeStubbsy if you are interested). Aside from GiaG I am a computing student, football coach and major Apple fanboy.
MORE LIKE THIS
EAfifa 18Interview