PES 2018 has Usain Bolt as the latest Ambassador 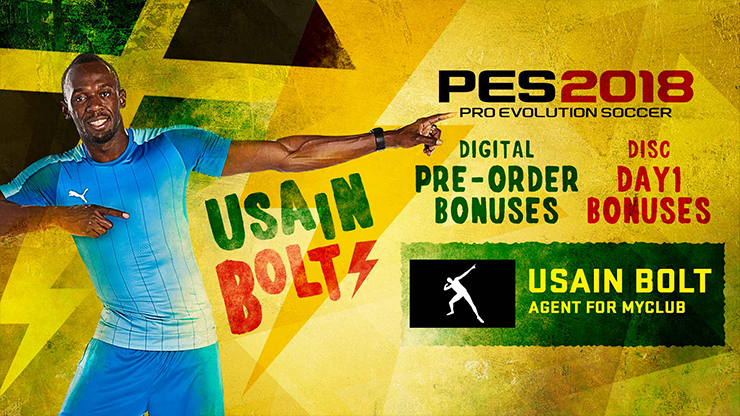 The fastest man in the world is the current world champion across 100, 200, and 4×100 m relay events. He has been fully recreated in game and will be a preorder bonus for PES 2018. Face scanning technology has been used. Here’s what Usain Bolt had to say:

“I love football and have played PES for as long as I can remember – it’s the best football game there is – and it’s a great honor to be a part of it and its success. When the opportunity arose to be a player in PES 2018, it was too good to be true. Having my face and movements scanned for use in the game was a fascinating process and I hope those who pre-order the game make full use of my pace and skill!”

Watch the E3 trailer below: