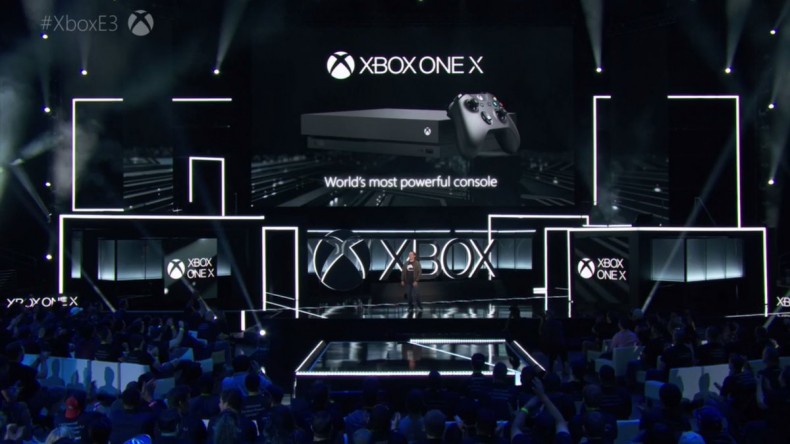 Xbox Scorpio was revealed to the world at last year’s E3 press conference, full of promises of PC quality gaming on a console. Now, 12 months later, we have the full details.

In a well trippy video we got our first look at the rather slick looking console, then Phil Spencer took to the stage to give us all the dirt. It has been officially named the Xbox One X and will be released world wide on November 7th 2017.

It will be 6 teraflop, what ever that means, 326 gigabytes of bandwidth and loads of other terms no one actually understands, but people still cheer for regardless. What it all basically means is that games will run at “true 4K”. Even old games will look nicer on the X.

It will also be the smallest Xbox ever, mad when you think about the power it has.