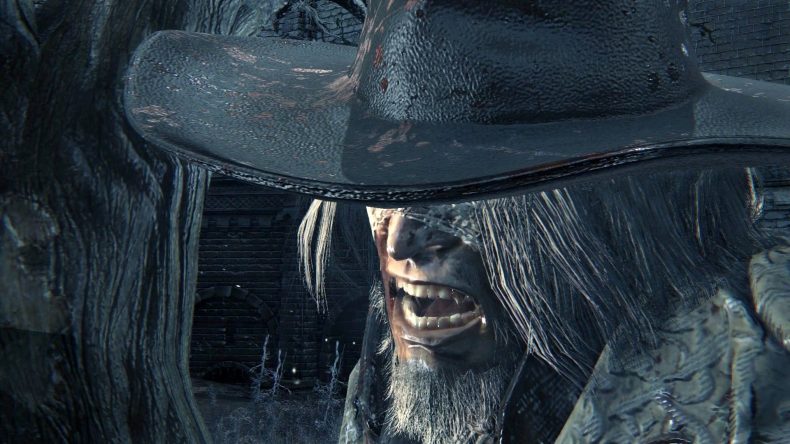 Over the past few years the gaming industry has experienced a trend of developers using methods outside of established dialogue tropes to tell a story. Rather than the traditional dialogue driven narratives that have been at the foundation of game design since the early days of text based adventures, writers and developers are now using the world to tell a story; utilizing various facets of the environment, developers are constantly relaying conscious and subconscious information. This creates a more tangible engaging environment that subconsciously teaches players about the world they are exploring.

The term “environmental storytelling” sounds a bit daft when you consider every world tells a story. When I use the term I am in fact referencing the moments in which developers leave environmental cues that might not be immediately obvious as a point of narrative exposition. This doesn’t mean there isn’t dialogue involved, but the examples and cases I’ve used include stories that would be incomplete without those subtle environmental clues that I previously mentioned.

The best way to describe the term ‘Environmental Storytelling’ is using a specific scene from the film Alien as a comparison. The ‘Space Jockey’ scene is fairly early on in the film, and it involved Ridley, along with other explorers coming across a deceased alien lifeform. What’s so great about this scene is how many open questions it leaves, along with the sense of there being a deeper story. The film Prometheus – which was a bit shit – was loosely based around this scene, a film that released more than 30 years after the initial Alien film. It’s not so straight forward in videogames; movies are sequenced in a linear format meaning directors can bring something to the attention of viewers quite easily. In videogames it is far more subtle. It can be a derelict building you wander past, a set of dead bodies with weapons strewn around them or even the story of a young girl who’s eventually devoured by a pig – but more on that later.

Environmental storytelling of this nature not only creates a deeper sense of immersion, but it gives players a better sense of both time and scale. Gamers tend to approach everything with a ‘here and now’ mentality, reacting to the world and events as they happen. There’s often no reason to ponder how the ingame space was before the arrival of a protagonist. Environmental storytelling tells players that something happened here before, and that the world doesn’t revolve around you as the player.

From Software are undeniably brilliant at crafting narratives within their worlds and there’s far too many to choose from, but I’ve always been mystified by the story of Father Gascoigne in Bloodborne. Father Gascoigne is one of the first bosses you meet in Yharnam, and without the prior optional narrative, he comes across as a very hard early game boss. Those who don’t meet the right NPCs beforehand are missing out on what is arguably one of the best cases of environmental storytelling in the game. Before fighting Father Gascoigne, players can meet his daughter in the Central Yharnam area. She will ask you to find her mother, expressing her worry that she hasn’t yet come back from trying to find her daddy. Knowing Yarnham, I assumed both of her parents were likely dead and that would be the last I hear of it, but before you head on your way, she tells you that her mother was wearing a red jewelled brooch and she leaves you with the tiny musical box that her mother used to call her dad back from the hunt.

When you meet Father Gascoigne, this tiny music box will in fact render him partially unable to move during the fight. This instantly identifies him as that little girl’s father, but what makes this story especially heartbreaking is that you discover the body of a woman strewn across a roof in the area just behind Gascoigne. Draped alongside her body is a red jewelled brooch, the very same one worn by the young girl’s Mom. Gascoigne’s rage and bloodthirst led to him killing his wife. As he dies, he mutters his last words “ forgive me”.

This is a story that would be incomplete without that very key bit of environmental storytelling. The red jeweled brooch ties Father Gascoigne, his wife and the little girl together, but not in a way that is immediately obvious to most players. Later on in the game, players can find a remnant of the young girl in a giant pig that inhabits the sewers (I love Bloodborne). This kind of narrative design forces players to seek out the answers to their own questions, and forces them to use their own intuition when piecing together clues about the world. Bloodborne isn’t the only example of this though, the recently released Zelda Breath Of The Wild tells its story using the environment in a much more subtle manner

Without going into too much detail, Breath of the Wild centers around the aftermath of a war that happened over 100 years ago. Hyrule is now under the siege of Calamity Gannon, with small pockets of human society gathered few and far between. There are monsters scattered across the land, but the large scale war that’s told to us through cutscenes is also hinted at in the architecture and items scattered through the world.

My significant other summed it up well whilst wandering around Hyrule.

“I hate seeing crumbled buildings and empty village areas. It makes me sad when I realise that people, families and friends, all used to live here.” What Zelda does that makes it so special is how it places these relics of the past. Hyrule is built around the central castle, the closer Link wanders to the castle the more inherent danger he is in. The closer to the castle players wander, the more likely they are to find weapons sticking out of the ground, desolate buildings and even the remnants of dead ancient machines. This subtle environmental design portrays the story of an ancient battle far better than any cutscene ever will.

Good environmental storytelling isn’t always noticeable, but in a weird way it is really obvious to me when a game world lacks a deeper narrative. Shadow of Mordor is one such instance, an excellent game that has one of the most original NPC systems that we’ve collectively seen in years, but the reliance on a system to provide a narrative meant the developers fell short on creating an engaging and deep world.

Considering that the Lord Of The Rings (LOTR) lore is one of the most recognisable intellectual properties in the world, you would never know that Shadow of Mordor is set inside the world of J.R.R Tolkien’s LotR series. I completely understand that from a design point of view that the world is merely there as a backdrop to the Nemesis System, but this doesn’t mean the development team couldn’t have filled the world with more substance.

The standard gameplay loop in Shadow of Mordor basically involves players running between one of two things, missions or strongholds. The time between that is literally spent running or fightings orcs. There is no world building outside of the set narrative, and Mordor really suffers because of it. The environment feels flat and without character, when they could of instead filled it with a deeper lore, one comprised of movie and book sourced content. Maybe we’ll see more of a concerted effort to incorporate them in Shadow of War, but until then, this is Shadow of Mordor’s biggest flaw. There are a lot of contrasting opinions surrounding 2D pixelated games, but one of the most prevalent is the view that it is just a way of cutting corners technically, rather than it being a valid design choice. This view, for the most part, is incorrect. Some of the best environmental storytelling that I have experienced has been through the design of 2D worlds – Hyper Light Drifter is a great embodiment of that.

Every facet of the environment in Hyper Light Drifter is used to teach players about the world, about the protagonist and most importantly, about why players should progress. Hyper Light Drifter is in fact so committed to visual storytelling that it features no dialogue at all. Characters within the world do interact with the protagonist, but the information is presented to the player through screenshots of events.

Each area features distinctive visual clues about the enemies and artifacts that inhabit the area. The Crystal Forest to the west of the town is a perfect example of this. The deeper players explore, the more prevalent the crystals become. The game is telling players that these crystals have corrupted the forest. The foliage has succumbed to the corruption of the crystals, and so have the animals across the area. Two of the games most prevalent enemies, crystal spiders and crystal wolves, are common woodland animals. Many people would just take these enemies as they are, killing them as you would in any other game without a thought for cause and effect. Subtlety creates intrigue, and intrigue can result in a uniquely memorable experience. Please don’t take my gushings about environmental design as a disregard of more established storytelling techniques, but I believe the two can intertwine to create some truly beautiful narrative moments.

As gaming moves forward as a medium, I hope developers and artists continue to use the environment to tell a story. It can turn a standard gaming moment into something that is truly magnificent. The story of Father Gascoigne and his family will forever stay with me, just like the corrupted fauna and forestry of Hyper Light Drifter. These moments can often transcend the very game they are within, creating a truly tangible experience that stays with you your entire life.