previous
Monster Hunter: World gets a Street Fighter V: Arcade Edition collaboration
random
next
Are You a Socializer? The Rise of Social Games goes Beyond Casual Gamers
0 comments

5 reasons why you need to play Iconoclasts 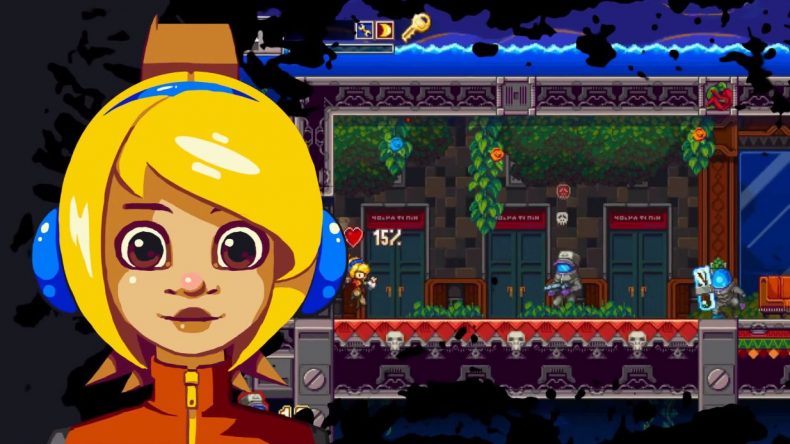 Like me, it’s entirely possible that you may have missed Iconoclasts up until now. With the number of indie games releasing recently, plus the huge amount of them arriving at this precise moment in time, it’s easy for some to get lost in the storm. It’s not too late though; as you’re reading this, it means I can let you in on the secret of developer Konjak’s fantastic new game.

Why should you play it? Funny you should ask, as I’ve compiled this handy list of reasons, for just such an occasion.

If you’re at the point of being past your prime like me, you’ll likely have fond memories of the 16-bit era of gaming. Hell, even if you’re still spry, you may have played a few of the classics of that time via Nintendo’s Virtual Console or one of the many Sega retro collections, or you’ve been a bad puppy and emulated them illegally (you monster). One particular favourite of mine was Gunstar Heroes, and Iconoclasts’ visuals (plus a few other things) really put me in mind of Treasure’s classic action game.

Its characters are all wonderfully detailed and expressive too, reminding me of some of the SNES Final Fantasy games. Even the animation and the way story sequences are presented, feel like an homage to some of the greatest hits of the Nineties, much like the Shantae games have been.

2. Its boss fights are excellent

It’s been a long time since I’ve had to put any thought into how to beat a boss, outside of simple strategising, but Iconoclasts loves to experiment with boss tactics. I would even go so far as to say they can almost be like puzzles, as you work out the trick to damaging your foe. We’re not talking bullshit like The Black Cerberus in The Surge, which was just poorly designed; in Iconoclasts, each boss will have a tell that you will eventually learn through the game’s intelligent design. I absolutely love that “eureka!” moment when you realise what you’re supposed to be doing.

It also helps that the soundtrack is a cracker, especially when it cranks up for a big ol’ boss fight.

3. The story is so entertaining

Aside from some weirdly dark themes that feel a little at odds with the light hearted tone of the game’s design, Iconoclasts really makes you want to learn more about its world and the story as a whole.

In a world where a religious order has taken over the government, only registered engineers are allowed to fix things, especially when it comes to the Ivory fuel coveted by One Concern, the sinister religious organisation. You play as Robin, a self-taught engineer who helps out her local community by fixing their broken machinery and whatnot, in secret of course. Soon enough, One Concern comes knocking and Robin’s world is turned upside down.

The characters are all so entertaining, especially the pirate Mina and the One Concern agents Black and White, but the story itself is filled with mystery and intrigue. Not just the history of the world and all that jazz, but the way things play out as you progress will have you wanting to keep playing that little bit longer.

4. The platforming and shooting are so satisfying

Side-scrolling platform shooters are often a bit rough around the edges when it comes to the shooting, as aiming and moving together can be a bit awkward. Not so in Iconoclasts, as it has an intelligent auto-aim that adjusts the direction of your shots to keep your accuracy up and your frustration down. You might be thinking that this removes the difficulty from encounters but it really doesn’t; some enemies can only be harmed by shooting them in a certain spot and the auto-aim won’t compensate for that. It might aim at the enemy for you sometimes, but you’ll have to position yourself in the right way to get the kill. Some weapons won’t aid you either, but by then you will have had a little more practice.

The platforming too, is very smooth and fun. Using Robin’s wrench you can swing from bolts and propel yourself across large gaps and up to high ledges, the transition seamless. When the game requires quick and precise movement, during a chase scene for example, the controls are so easy and the movement is so fluid that you’ll find it’s a joy to play. You’ll still require reasonable reflexes mind you, but I reckon most folk will be able to pick it up and play it without much fuss. It really is wonderful.

How often do you see a game dubbed as a Metroidvania, only for it to turn out a bit naff? Or maybe it just barely qualifies for that genre, leaving you a bit miffed when you’ve bought a game that’s let you down.

Good news, everyone (I hope you read that in Farnsworth’s voice)! Iconoclasts is a proper Metroidvania, complete with backtracking once you’ve found a new means of passage. You’ll even notice places in the very first area of the game, impassable or unreachable, safe in the knowledge that you’ll probably want to return there later on for some sweet goodies.

The best bit, though? You don’t find yourself stuck in one place for too long, as Iconoclasts is primarily about fast-paced action. Even when you’re faced with a bit of a brain teaser, as far as progression is concerned, you’ll find that the level design (and a quick glance at the map) will have you moving along again in no time.

So, there you go. Iconoclasts has been seven years in the making and its quality shines through in every aspect. The music is energetic and fun, the gameplay just flows superbly, and the story and characters are wonderful. Do yourself a favour and just play it. It could well be one of the surprises of the year and 2018 has only just started!

Iconoclasts out today for PS Vita, PC, and PS4