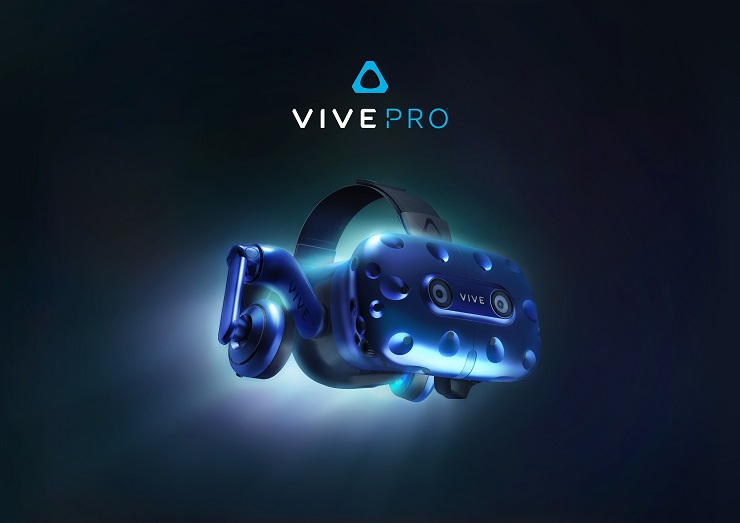 It’s CES this week, and Vive have unveiled a new version of their Vive headset featuring OLED screens and built in headphones.

Not content with the Vive headset being one of the best around, Vive have seen fit to produce a Pro version of their headset, which has two OLED screens granting a combined resolution of 2880 x 1600, which is a significant bump up compared to the existing model. As well as this, the new Pro edition also has built in headphones, meaning you wont need to use a separate ill fitting headset as you try to enjoy your VR content.

To make matters even better for Vive lovers, HTC have also created a wireless adaptor. This adaptor will work with both the Pro and original models of the Vive, allowing users to user their headsets without being tethered to their computers. The adaptor broadcasts on a 60Hz frequency granting no interference and very little latency. You’ll have to make sure you don’t bump into anything of your own accord though, unparalleled freedom when you can’t see your surroundings is asking for trouble.

Viveport will also be getting a facelift, instead of a 2D storefront the interface will be fully integrated into the VR experience, allowing you to browse the store in virtual reality, and also experience previews while in the store.

It just goes to show that VR isn’t just another ‘3D fad’, and that companies are in this for the long haul.

A lover, not a fighter and an all round good guy (he would say that, he wrote this after all), he's happy to be here as part of GIAG.
MORE LIKE THIS
htchtc viveHTC Vive ProPC