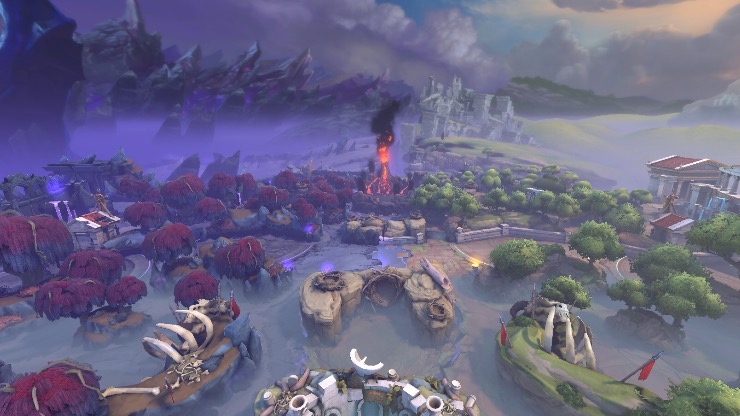 SMITE’s Season 5 begins with loads of updates as announced at Hi-Rez Expo.

The Season 5 conquest map has upgraded visuals and gameplay changes to the 5v5 mode. Beginning January 17, SMITE’s public test server will let players check out the new map for themselves. Cerberus joins SMITE as the 93rd playable character and there will be gods from two new pantheons introduced later this year. SMITE Lead Game Designer A.J. Walker commented on the new map design:

“The Season 5 map will feature perfect vertical symmetry between Order and Chaos. Lanes and Jungle paths will have the exact same shape on top and bottom. This balances the map, and removes timing differences to each side. Overall, this creates a more consistent gameplay experience. Our goal for these changes is to provide a unified aesthetic that breathes new life into the map, while improving the gameplay experience.”

SMITE is available on PlayStation 4, Xbox One, and PC.