previous
How to play with your friends in Monster Hunter: World
random
next
SEGA Europe and Interior Night join forces for a publishing partnership for a new narrative driven IP
0 comments 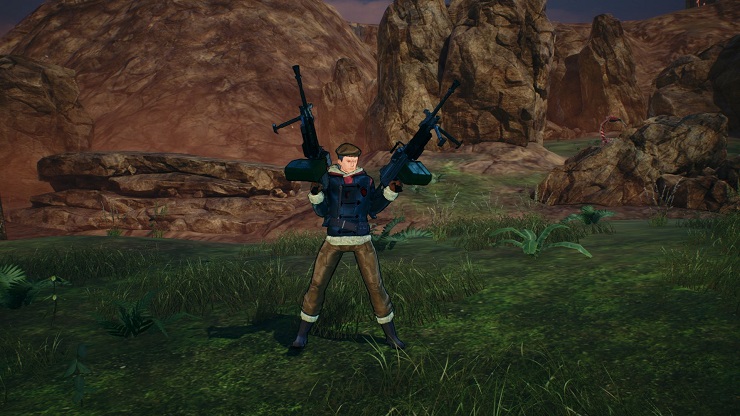 With just under four weeks until release Bandai Namco have revealed a new character for their hybrid shooter/JRPG game Sword Art Online.

Bazalt Joe is one of the top Gun Gale Online players and is impressed with the protagonist’s Artificial Financial Adviser System. Despite his appearance Joe is cheerful and popular among the team and never complains about the result of the game (I reckon there’s a lot of people who could learn a lot from his example).

Also in the screenshots below you’ll see a new weapon set, the Gun and Sword special equipment, a set that is designed to be effective at both long and short range. You’ll be able to pick this up once you’ve cleared a certain event with Kirito.

Sword Art Online is out on February 23 on Xbox One, PS4 and PC.

A lover, not a fighter and an all round good guy (he would say that, he wrote this after all), he's happy to be here as part of GIAG.
MORE LIKE THIS
Bandai NamcoPCPS4Sword Art Online