previous
Competition: Win a copy of Attack on Titan Season 2 on Blu Ray
random
next
My Time at Portia is a good crafting game with beautiful aesthetics
0 comments 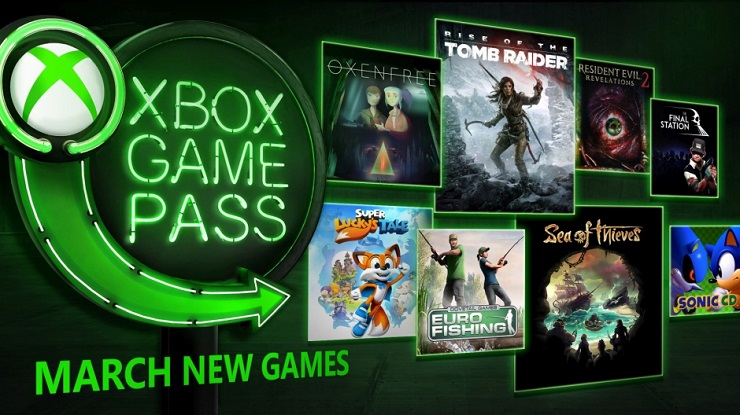 Sea of Thieves is coming to Xbox Game Pass in March, alongside Rise of the Tomb Raider, Sonic CD and more.

It was announced back on January 23 that all future first party Xbox games would be coming to Xbox Game pass, and Sea of Thieves is part of that roster of titles, and that launches on March 20. Alongside this, March will see the aforementioned Rise of the Tomb Raider and Sonic CD, but, there will be five more games coming as well.

Those five other games are Oxenfree, Super Lucky’s Tale, Resident Evil Revelations 2, The Final Station and Euro Fishing. That’s quite a bit of content for only £7.99 a month. As well as being able to play those games essentially for free you can also get a 20% discount on games via the Xbox Live games store and 10% off of accessories. Even if you’re of the opinion that membership platforms are getting out of hand the value on offer here is pretty good.

A lover, not a fighter and an all round good guy (he would say that, he wrote this after all), he's happy to be here as part of GIAG.
MORE LIKE THIS
Euro FishingOXENFREEResident Evil Revelations 2Rise of the Tomb Raider