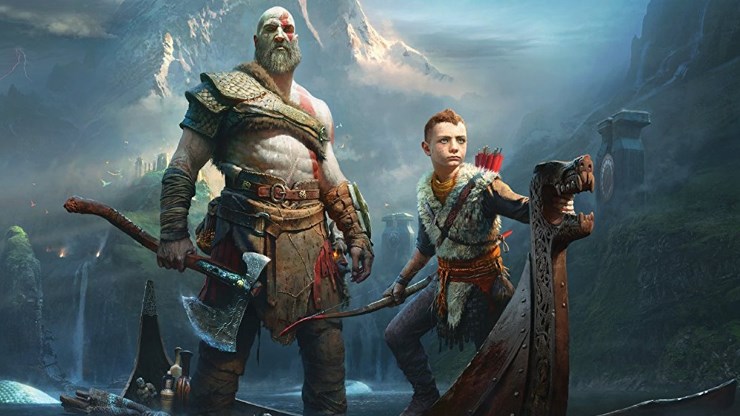 Sony Santa Monica has been working on the new God of War for a few years now. When initially revealed at E3, it shocked many fans with the new direction. Unlike previous games, this one is based on Norse Mythology instead of Greek mythology and has many things that have made it a game well worth your time. We’ve been playing it for a while now and barring the review, a lot of people have questions about the new direction and the new game in general. If you’ve never played a game in the franchise or are a long time fan, here’s everything you need to know about God of War on PlayStation 4: Can I play it without having played previous games?

Yes, absolutely. It’s a new style of God of War.

It’s a third person action adventure title. It’s as if the original games have married the Souls-series (you will see) and taken cues from the Tomb Raider reboots. Combat is based on light and heavy attacks on the right shoulder buttons (you can remap to face buttons if you’d like), with shield and projectile combat on the left shoulders. Magic attacks are mapped to L1 + R1, R2, or circle. On top of that, it’s also like an RPG, with leveling up your gear, using XP to buy new moves weapons. In the respect of gear, you can also craft new armour with money and loot you find in the world.

How does it look and run on PS4 slim and Pro?

On Pro it is a dream. It’s not quite full 60fps in performance mode but unlocked. It is very smooth in our time with it in most situations. It plays well on the PS4 standard and slim as well. This maybe one of the nicest looking games we’ve played. Does it have multiplayer?

No, this is a single player experience.

What are the PS4 Pro enhancements?

Standard, really: Performance (higher frame rate at 1080p) takes advantage of the power to deliver a smoother game at 1080p. Graphics mode (30fps with checkerboarding) outputs at a checkerboarded 4K and it natively supersamples if you select this mode on a 1080p display. Does this have difficulty options?

Yes, 4. The lowest setting is Story Mode and the highest is “Give Me God of War” which is super challenging with enemy patterns changing and not just a stat change.

How is the combat compared to previous games?

Very different. It’s more grounded. There are moves that can put your enemies in the air, and some enemies do fly, but this is very similar to how Dark Souls plays, including difficulty – you will need to use your entire arsenal for some fights, which can become about crowd control. Don’t expect to be air juggling and staying in the air for ten hit combos: this is very much on the ground, brutal, visceral combat. There are three editions at retail and two digital. Digitally, you can buy the standard day one edition or the digital deluxe edition. Physically, there are three editions for Europe. A Standard Day One Edition, a Limited Edition and a Collector’s Edition. So how is the game overall?

It is superb. Read our review here.

Part time writer part time JRPG and indie game enthusiast, Mikhail Madnani spends far too much time listening to video game music on Vinyl like a true hipster from India.
MORE LIKE THIS
CombatGod of Wargod of war ps4Patch