The King of Fighters XIV 3.0 out today as a free update alongside 4 new DLC characters 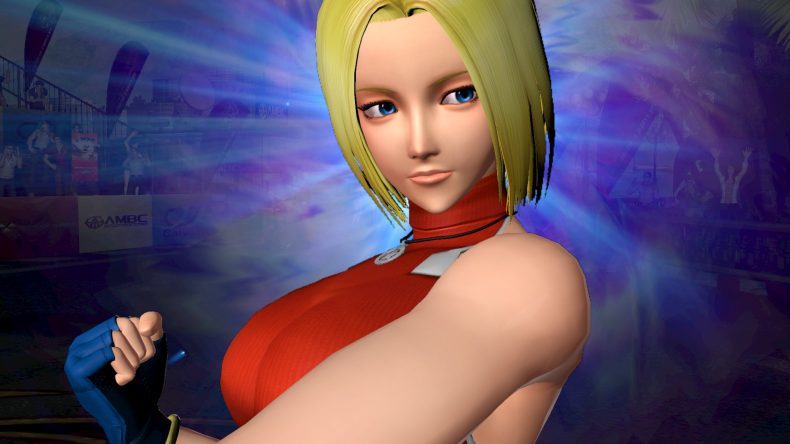 SNK and Deep Silver just released a massive patch for The King of Fighter XIV alongside 4 new DLC characters.

OSWALD （VA: Toshihiro Shigetsuka）
Oswald is an old and very composed gentleman, and a former hitman very well-known in the underworld society. He has mastered the Karnoffel assassination art, and uses playing cards to slice and dice his opponents. As a veteran poker player, he never shows his hand.

HEIDERN （VA: Haruo Yamagishi）
Heidern commands the mercenary unit where belong Ralf and Clark. He fights his enemies using a combination of martial and self taught assassination techniques. As a military officer, Heidern is always calm and silent, but can be very paternal to his adopted daughter Leona.

NAJD （VA: Aya Fukuhara）
Najd is a very quiet person dressed with an Abaya (traditional Saudi garment) with extraordinary powers. At night, she puts on her Abaya and turns into a vigilante to protect her fellow citizens. In contrast to her mysterious appearance, she is a college student during the day.

Blue Mary （VA: Sarah Emi Bridcutt）
Blue Mary makes her living as a freelance special agent. She was born into a family known for being accomplished martial artists. She is a specialist in multiple types of martial arts, especially the Sambo fighting style which excels at grappling moves. She has been friends with Terry Bogard for years now.

The big update includes rebalancing and a brand new stage based in Saudi Arabia.

The King of Fighters XIV is available on PlayStation 4. Read our review here.