previous
Uppers, originally a PS Vita exclusive in Japan, has been rated for PS4 release in Australia
random
next
Quick retry coming to Mario Tennis Aces via new update is now live
0 comments 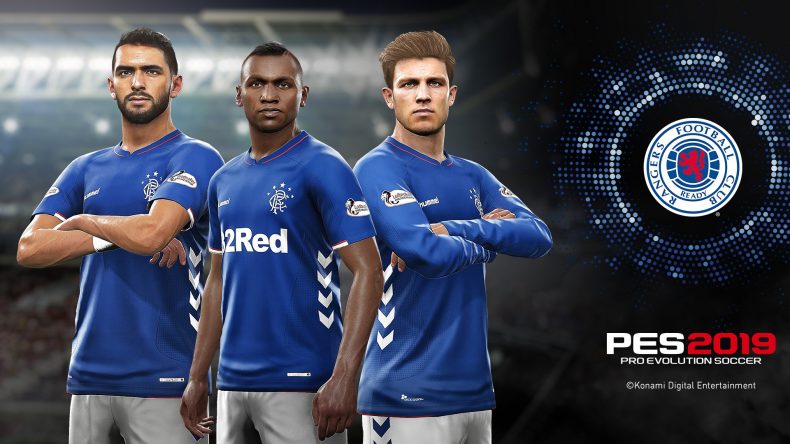 Following the (great) news that Celtic would be a partnered club for PES 2019 and that Celtic Park will be coming post-launch, there’s yet more excellent news for fans of both PES and the SPL (or Ladbrokes Premiership in new money), as Rangers are also going to be in the game. This means you’ll be able to have a fully licensed old-firm derby!

It’s been a good year for PES and licenses, despite losing Dortmind, it’s gained the Turkish Superliga, so here’s hoping there’s more to come.

There will be a special boxed edition of the game with Rangers packaging, if you’re a super-fan.

Rangers Managing Director Stewart Robertson said: “We are delighted to have entered in to this new partnership with KONAMI and are excited to see the club and the players perfectly represented within PES 2019.”

“With this partnership with Rangers we add another massive club to the growing PES roster,” commented Jonas Lygaard, Senior Director Brand & Business Development at Konami Digital Entertainment B.V. “Scottish football enjoys some of the loudest and most ardent fans of any league, and we look forward to this passion manifesting as Rangers makes its debut in PES 2019.”