previous
Watch a new trailer for No Man's Sky showcasing proper multiplayer ahead of big update for PS4 and PC with debut on Xbox One
random
next
Podcast #305: Pachinko!
0 comments

The top 5 Mario platform games, ranked from worst to best 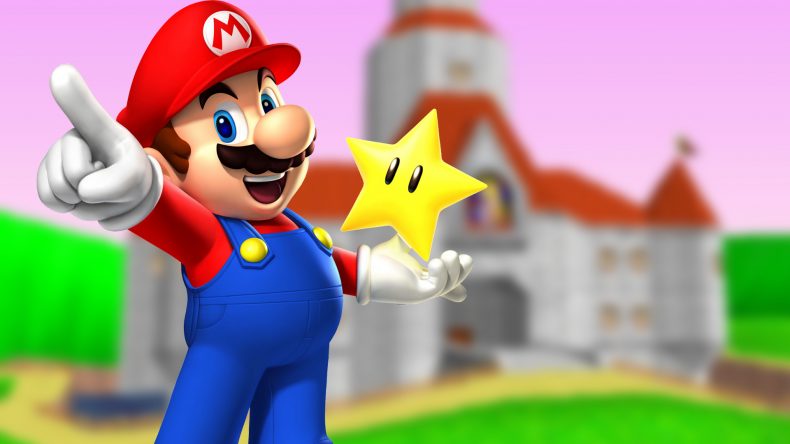 Mario is undeniably gaming’s most recognisable mascot. A character image that embodies the pastime, hobby, passion, and sometimes addiction, that we all hold dear. He’s been with us since the dawn of console gaming, has graced arcades worldwide, has tried his hand at everything from go-karting to tennis, to oversized board games. Not only is he a global treasure but more often than not his games are a hallmark of quality, a benchmark for others to use, particularly in his titular platformer games. And it is with the knowledge of that quality that makes what I’m about to do so bloody difficult. Not only am I dwindling down the plethora of Mario platform games over the years to just the five best titles, but then I’m going to rank them from best to worst, giving you my personal top 5 Mario games.

It was tough, I can tell you. There are some excellent games that just missed the cut, but if anything, this goes to prove the point about just how many good Mario games there are.

And yes, I know, before we start, you’ll all quite possibly disagree with my list, and definitely have your own favourites. And you know what, that’s great. Feel free to let me know on Twitter your personal list, I’ll happily discuss this capped-wearing hero ad infinitum.

So hear we go, deep breath, and let’s do this. I know, I know, put your pitchforks down. It seems unthinkable that the game that made the bold jump from 2D to 3D platformer, that reinvented the platforming wheel if you like, would only come in at number 5. But as with all of this list, that’s more due to the games that will come later and my opinion of them, rather than any particular flaws within this game. Super Mario 64 was undeniably a triumph, a game-changer if you’ll indulge the pun. 2D Mario games had made quite a name for themselves on both the NES and the SNES, and so the stakes were high when a new Mario game was a launch title for the new Nintendo 64 console, a machine capable of 3D graphics and movement.

Not only did it manage to create 3D environments that felt oddly like a Mario game despite such a thing having never been done before, but it also changed what Mario games had been about up until this point. Not so much getting to the end of a level in a specific time limit, but it was about exploring environments and overcoming different types of challenges and puzzles for your reward. When you think about 3D Mario games today you’ll notice quite a lot of this formula is still used to great effect today, and that’s in no small part down the genius that made Super Mario 64 great. Super Mario Bros. 3 for me is the perfect example of how to evolve a concept within a console generation. And whilst it decided to draw more inspiration from the original Super Mario Bros. than its Doki Doki Panic-style sequel, this game still very much feels like a culmination of expertise.

It’s level design was such a leap forward from what had gone before and with the levels being separated into worlds that really felt unique for the first time. It also introduced a slew of items and power ups beyond the traditional “Mushroom, Flower, Star” trio that added variety in how Mario traversed levels, the pinnacle being the Racoon Suit which allowed Mario to fly in levels for the first time, a feeling of freedom, that would not go unnoticed in later instalments.

It also had enough secrets to keep eagle-eyed or players with a passion for exploring on their toes, in a manner similar to the warp pipes of the original game. That and the various minigames that traversed the over-world screen added a slight change of pace to the normal platforming fare. All in all an excellent example of how to take raw concepts and improve them into an overall package that puts it at many people’s favourite Mario game. For better or worse, a lot of us owned a Wii at some point, and whilst that console is famous for the sheer amount of shovel ware and dross games that appeared on it, as well as seemingly responsible for embracing the so-called “casual gamer”, the Wii undoubtedly produced one of the finest Mario games ever made in Super Mario Galaxy.

Nintendo had been in a bit of a rut in the GameCube era, that’s not to say a Super Mario Sunshine was bad, just that for most it failed to capture the magic they felt when playing Super Mario 64. So when Super Mario Galaxy came along it took everyone by surprise, and delighted millions. Breaking the game world up into smaller planetoids made the gameplay have a whole new character, and it meant the action was broken into smaller, bite-sized chunks. The Wii controls were used to excellent effect to fling Mario from star to star, and shoot star bits at the screen when required. And the controls married with an overall design and learning curve that struck the perfect balance between accessibility and challenging.

The score is also worth a special mention, as it’s combination of traditional Mario flurries mixed with an orchestral backing makes many of the levels a joy to be in simply thanks to the music alone. The use of Comets added spice and variety to the regular levels, and it made you want to play, want to get that next star, overcome that next challenge. It was a game that took the adult in us and made us children again, something that hadn’t happened for a while in a Mario game, and wouldn’t happen again… Cheap segue-way I know, but the truth of the matter is that Mario’s latest outing had a very similar effect on me that Super Mario Galaxy did. The main difference being that as I get older (and lest we forget a decade passed between the two games launching), the harder it is for me to really hark back to my childhood days. But not only that Odyssey manages to do the unthinkable and out-do Galaxy at its own game. Whilst I thoroughly enjoyed my time with Galaxy, my time with Odyssey was filled with pure joy, and a whacking great smile on my face throughout.

What Odyssey really feels like is that Nintendo has combined what they have delivered over the years into a really tight, enjoyable package that exudes charm, colour, joy and whimsy that all merge into such an enjoyable experience that most won’t want it to be over. In a similar way to how Super Mario Bros. 3 felt for the NES, but this time encompassing all Mario games up until this point. For the first time Mario is free from guidance and rules. You get very little assistance on where to go and what you have to do next save continuing the over-arching story of Bowser’s imminent wedding to Princess Peach. The sheer amount of Power Moons, obtained in such a variety of ways really does empower the player to go and explore, try new things, interact with the landscape and ultimately, discover for themselves. Odyssey has started the freedom of journey that Super Mario 64 started in 1996, with its optional stars, and no set required path, and pushed it wide open.

It means that a sense of accomplishment and progress is only a Power Moon away, and with 999 of them to find, you’ll never be far from one. And with that it manages to pull off the masterstroke of being the largest Mario game to date, but feeling like the most approachable and “complete-able” by those who play it. And those that do will undoubtedly enjoy the experience, be it the clever mix of play-styles in 2D and 3D, the hat mechanic which introduces so many gameplay mechanics, it would make a JRPG feel inferior, or some of the standout moments within the game, such as the Festival in New Donk City. Either way it is a game that has re-delivered that magic Mario spark at such a level that it puts Nintendo in the unenviable position of how to top it with the next Mario game. We wait and see and wish them luck. But for me, there can only be one winner. Super Mario Odyssey is the closest I’ve come in a LONG time to considering whether I have a new favourite Mario game, but in the end the infamous SNES outing Super Mario World maintains the top spot in my eyes. For me the absolute pinnacle of 2D Mario platformers, successfully managing to build on the strong groundwork laid by Super Mario Bros. 3 and improve it in so many ways.

The biggest thing for me is that Super Mario World came to the table with loads of new ideas for what a Mario platformer could contain. Whether we’re talking special Switch palaces, levels with multiple exits, secret levels in their own right to be discovered, and last but by no means least, we were introduced to Yoshi! Couple this with standout level design that had to cope with an improved flying mechanic with the the Feather Cape, and the new travelling upgrade that riding a Yoshi provided. It managed to still offer challenging level experiences no matter how prepared you were with items.

It’s a game I still play now, a game I know inside out, I know every exit of the game, plenty of strategies, and yet I still enjoy playing it. And that’s because as a platforming experience, Super Mario World still absolutely holds up these days. In a time where such games are seeing a bit of a revival, I have no doubt that if this game were being released for the first time now, it would still receive critical acclaim. The levels are varied, providing different types of challenges, culminating in the borderline absurd Star World and Special World levels. For me Super Mario World is a Mario game at its purest, an innocent, charming game that doesn’t need to sell itself, it lets you play it and realise for yourself what a great time you’re having, and that right there is gaming fun, pure and simple.