previous
PUBG Corp. launches a "Fix PUBG" campaign to improve the game through bug fixes, performance improvements, and more
random
next
Why I can't recommend my favourite multiplayer game to anyone
0 comments 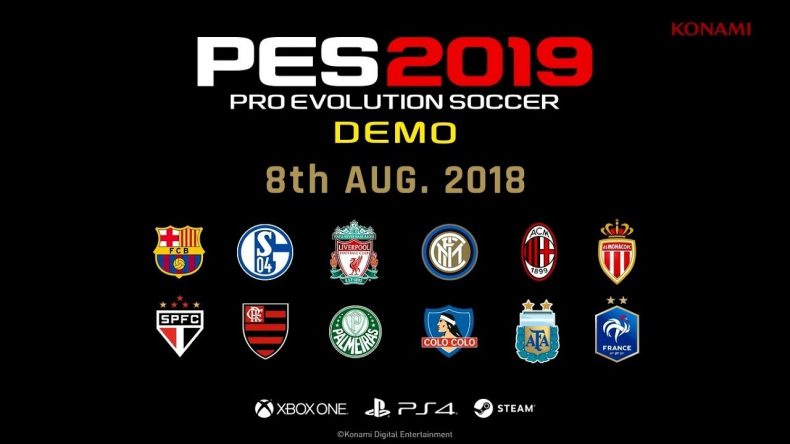 Konami has now released the PES 2019 demo for PS4 and Xbox One. The PC demo should be arriving soon.

PES 2019 launches at the end of the month on PS4, Xbox One, and PC. It will mark the franchise’s first time delivering 4K HDR on all platforms. On consoles, the demo is available on PSN and the Microsoft Store. It should hit Steam very soon. The demo includes the following modes:

The demo will also let you play in the following two stadiums: The teams included in the demo are: