previous
Monster Hunter: World 5.0 released on PS4 and Xbox One with new content, fixes, and more
random
next
Watch a new teaser for Life is Strange 2 with the full reveal coming August 20
0 comments 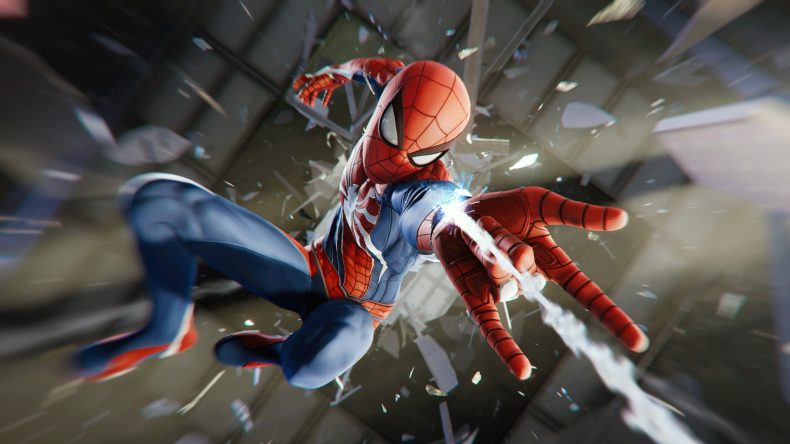 As I swung from building to building, the busy New Yorkers went about their lives below. The taxi drivers yelled at each other and the coffee shops and restaurants were filled with office workers on lunch breaks trying to escape the chaos of working in The Big Apple. Perching on the tip of The Empire State Building and watching all of the people become tiny dots, there was silence – a brief glimpse of serenity and peace until the next threat came into play. As I looked around, I saw this city as a playground – a hive of activity I can participate in, and as I leapt off into the air, my next job as the friendly neighbourhood Spider-Man was only minutes away.

I may have only managed to play the opening two hours of Marvel’s Spider-Man on PS4 Pro, but I already know so much more about it. I now know it’s fully open world, striking a perfect balance between enough missions to keep me busy without flooding me with pointless objectives, fetch quests, and other redundant tasks to complete. I know what kind of Spider-Man we’re dealing with, and at what point in his life this story is set. I also know that the combat and movement in Marvel’s Spider-Man is some of the best I’ve ever seen, and if you know anything about me the following statement is going to mean a lot: it feels much better than Shadow of War. I honestly don’t know where to start because there’s so much ground to cover. In terms of size, I got to play a portion of New York City, and I have to say it’s pretty big. Not only is the map large, it’s filled with so much detail it’s hard to believe this game exists. Shops on the ground are designed with the last detail in mind (I found a video game shop that had an awesome K-Pop soundtrack with Spider-Man plushies and racks of video games inside), and every NPC went about their lives with all the hustle one needs in such a city. If you ever decide to walk along the ground, characters will heckle you, call you all sorts of names under the sun, and even after finishing the first mission I had one commenting on how it affected them. We are talking The Witcher 3 levels of intelligence, and simply I wasn’t expecting that.

New York is filled with every landmark you can think of, and not just that, there are some surprises for you Marvel fans out there. Getting to explore the huge city is such a joy thanks to the seamless movement as you swing, run up buildings, and dive from one location to the next. You press R2 to swing around the city and while in mid-air you can press Cross to give you a speed boost, allowing you to pick up steam. The longer you hold onto R2 the further you’ll go, and if you’re swinging into a building you’ll be able to sprint up it with the same button. Holding R2 acts as your free running button, so if you’re pacing across the rooftops you’ll be able to jump over vent openings, pipes and such by simply holding it in. Movement is incredible, and when you factor in the combat there’s no greater feeling. You can jump off walls and dive on enemies to knock them down, swing through the air and kick them into oblivion, or zip up to a higher level by pressing L2 and R2 together to do so. Insomniac wears its influences on its sleeve. By not only adopting the mechanics of games like the Arkham and Assassin’s Creed franchises, but making them better and more suited to their engine, the fluidity at which you attack one enemy to the next is incredible. I was fighting a bunch of thugs on a building site – at least twenty or so, and the variety of how I took them out was impressive. Hulking brutes require you to throw nearby objects at them to knock them off guard (as they don’t react to simple punches and kicks) or restrict their movement with your web by pummelling R1 to cover them in the stuff. Guys holding melee weapons will need to be punched hard to launch them in the air, followed by a duel above the ground or a quick web shot to pull them back to earth will disarm them. There are thugs with riot shields, soldiers with guns, and so much more, but you have tools to take them down – mainly your fists and your quick feet – and to do so is so satisfying, especially once they’re all lying on the floor unconscious. Of course there are boss fights, but it’d ruin the story to tell you who’s first.

Another branch to the combat is the Focus meter, and building this up is done by executing moves; combos being the best way to do so. Once full you can use to regain health, initiate your current suit’s special power or pull off a power move that knocks an enemy out instantly. It’s yet another mechanic that fits in effortlessly with the rest of the game so well, and even though it is something else to think about, you never feel overwhelmed by all the combat and movement, even though you learn it all in such a short space of time. Along with being Spider-Man, you’ll also get to be Peter Parker. Long gone are the days of The Daily Bugle, so you’re working at a lab on lots of pivotal scientific breakthroughs. There are mini-games where you’ll have to fix wiring and circuit boards, and although these are a nice addition, I just wanted to be back in the Spidey-suit exploring the city. Still, these sections let you see things from a different perspective, and as the story goes on I’m sure Insomniac Games has something special up its sleeve.

There’s a simple progression system, with three skill trees to build up different abilities. The Innovator tree allows you to do fancy things with your webbing, such as yanking guns from enemies or executing an extended perching take-down. The Defender tree allows you to defend better and improve your survival instincts in a fight with the Last Stand perk, and the Webslinger tree focuses on speed and manoeuvrability. All these can be unlocked with skill points. The XP needed for leveling up can be collected from main missions and all of the side missions. Along with XP, you’ll earn Tokens, and these tokens will allow you to unlock new equipment, suits, and other fancy gadgets as you play. There are lots of tokens to collect through different missions, and this makes the stuff you’re doing when not following the main story interesting. There are Landmark Tokens which can be earned by snapping photos of famous NY landmarks, Crime Tokens for stopping petty crimes, Backpack Tokens for finding various backpacks across the city (which also include memories of Peter’s life so far), and more. These side missions are a lot of fun, and you can take part in them whenever you want. Like Assassin’s Creed, the locations of the tokens will be shown to you when you fix certain radio signals across town by finding the right frequencies through a short mini game.

If you’ve been waiting for a great Spidey game since Spider-Man 2, this is it. I can’t imagine how anyone is going to be disappointed in the amount of care Insomniac has put into it, not just with the gameplay, but the story as well. There were familiar faces throughout my time at the preview event, and it seems there’re a lot more surprises left for when the game releases in September. I’m not sure how I’m going to be able to contain my excitement until then, and after reading this, I’m not sure you’ll be able to either. In a year that’s already seen Sony deliver a truly incredible God of War reinvention, it seems like Marvel’s Spider-Man might just be the next big thing. Who’d have guessed it?

Video games are cool. Don't let anybody tell you any different.
MORE LIKE THIS
Insomniac Gamesmarvel's spider-manPS4Spider-Man