previous
There won't be a new Assassin's Creed coming in 2019
random
next
Reigns: Game of Thrones is coming to PC and Mobile in October
0 comments 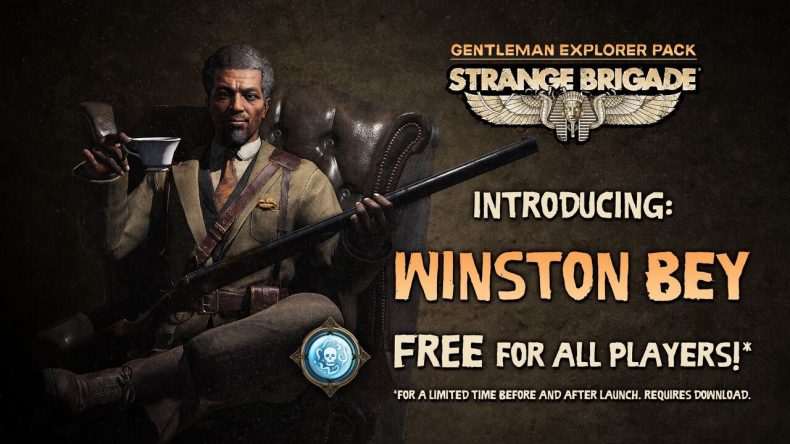 Out on August 28th for PC, PS4, and Xbox One, Rebellion’s Strange Brigade is about to get a fifth playable character.

The game launches with four characters, which sort of act as classes, offering their own abilities and reasons to play, but the fifth character is Winston Bey, and will be free to anyone who pre-orders the game or buys it within 30 days of launch. You can see the launch trailer for the game below:

Prospector, journalist, spy, diplomat and traveller – Winston Bey has explored the world and seen it all. He tells himself the Brigade’s adventures are “just an amusing diversion” in his extensive voyages, but the Department of Antiquities already has longer-term employment in mind…

STRANGE BRIGADE is so close you can practically taste the Earl Grey! Today’s splendid launch trailer heralds its arrival on August 28th, when Rebellion’s astounding adventure for 1-4 players launches for PS4, Xbox One and PC.

We’ll have more on the game when our review hits nearer release.