previous
You can now download a demo for 428: Shibuya Scramble on PS4 ahead of the September release
random
next
PUBG Corp. launches a "Fix PUBG" campaign to improve the game through bug fixes, performance improvements, and more
0 comments 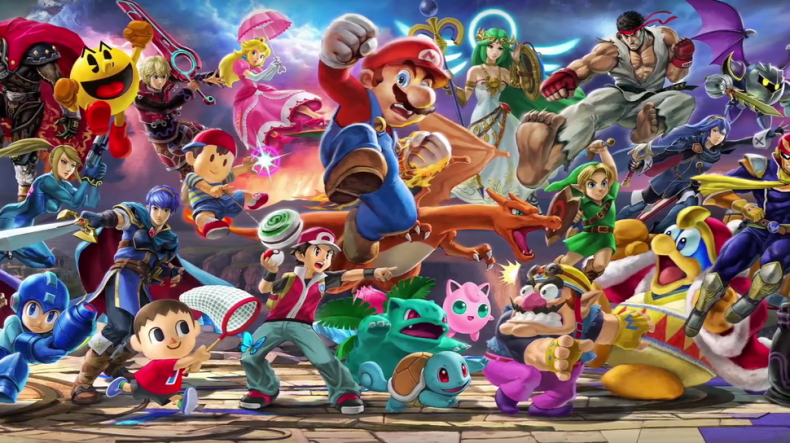 With Nintendo announcing a special Super Smash Bros. Ultimate Direct for later on today (15:00 BST, 07:00 PT) our attention here at God is a Geek has once again focused on Nintendo’s famed action fighter.

But with many of us still reeling from the 26 minutes of dedication Nintendo gave this game during their E3 presentation, this isn’t your normal list of hopes and expectations. No, in fact it’s quite clear whilst there are some things we absolutely do want more information on, there are things we’d rather Nintendo didn’t spend more airtime on right now. So we’ll list both below as we set out our hopes for the Direct.

Give us some info on the Single-Player

Whilst Smash for the most part is a multiplayer game, that doesn’t mean we should overlook the single-player experience. Super Smash Bros. Brawl had the thoroughly enjoyable, if a little repetitive, Subspace Emissary single-player story mode. Sure the story was a little convoluted and contrived at times, but seeing Nintendo’s favourite heroes band together against some of its famed villains was a lovely bit of fan service in amongst the platforming and fights that made up the experience. This single-player focus seemed to skip Super Smash Bros. for Wii U which instead had Smash Tour, an awkward lovechild of the franchise and Mario Party. I mean it was definitely a thing. An odd thing to be sure, that if anything over-complicated simply battling in a tournament, but at least was a separate option to traditional battling. Here’s hoping Nintendo look more to Wii version for inspiration in their announcements later.

Don’t talk about controls or moves
We learned a lot, perhaps a bit too much about various control tweaks and changing move-sets of characters in the E3 presentation a few months back. In order for this to feel like a different Direct, separating itself from what has gone before, then Nintendo need to make sure they don’t fall into bad habits.

Trust us as gamers to discover the nuances of your game. Chances are the people most interested in directional air-dodging, will be those people who will sink plenty of hours of practice for themselves in-game, working out every detail of the mechanic, and how it best serves to counter different character’s moves in different situations. Therefore spending time on that type of detail in a Direct is wasted, as the people who care about that sort of thing, won’t use your Direct as guidance or be particularly excited until they can try such tweaks out for themselves whilst playing. Do us a favour Nintendo and focus on what we want to see. Go on, give us a couple of new characters

With over 60 fighters already confirmed on the roster, no one can accuse Super Smash Bros. Ultimate of being small or restricted in the character department. And I’m in no way suggesting this game necessarily needs more characters than it has, but it’s likely (and to be honest a bit of fun) that some new fighters, in addition to Ridley and the Inklings will be announced in the Direct. But probably only a couple and that’s fine, the roster is packed as it is.

Whilst my Twitter feed would have me believe Waluigi would make most fans happy with his inclusion, my gut tells me that as he’s normally an Assist Trophy, it seems unlikely he’ll be included, even in light of the outpouring of love for him. Rumours of nemeses King K Rool or Samurai Goroh always make the rounds before every Smash full roster is confirmed, and you never know if this is their time. My money, though, is on Rex, protagonist in Xenoblade Chronicles 2 being confirmed. I also wouldn’t be surprised if another reveal is a 3rd party character akin to Solid Snake or Ryu from previous Smash games.

No more info dumping about items, trophies or current stages

Whilst we may want the odd character reveal, what we don’t need more information on is the granular detail of certain items or Assist Trophies in this Direct. Nintendo spent far, far too much time on this during their E3 reveal, much to the chagrin of many who watched it, including us here at God is a Geek. It’s a level of detail that’s surplus to requirements, with very few people caring about these minute nuggets of information, and they’re certainly not going to persuade anyone to purchase or raise anyone’s hype levels. Furthermore, in order to engage the audience, Nintendo needs to avoid this dumping of information onto us. Appearing as an almost visual checklist of small announcements, it didn’t sit well at E3 and a repeat of that approach won’t capture the imagination of those watching. I’d rather they focussed on just a few key announceables rather than listing off everything they can think to say about the game that we don’t currently know.

Most importantly, when can we play it?

The big question we all have though is all about when we are going to get to try this game for ourselves. Sure, people at E3 and a few journalists have had a bash at playing specific aspects of the game already, but what we all want to know is when is the TestSmash (I’ll coin that name for now) going to be announced so we can all download a demo of the game and really get to grips with what Nintendo is offering us this time around.

Only with it in our hands, can we begin to not only understand the detailed mechanics of the game as I mentioned earlier, but also see for ourselves whether this version of Super Smash Bros. feels like a different edition with its own identity, or just more of the same from the franchise. The proof is in the pudding as they say, and I just hope Nintendo lets us know when we can have a taste.

Stay tuned to God is a Geek for updates from the Direct itself as well as reaction to what gets announced afterwards. Any thoughts on the game, drop your thoughts in the comments below!