previous
The original Ace Attorney Trilogy is coming to PS4, Xbox One, Nintendo Switch, and PC
random
next
The incredible legacy that Telltale Games leaves behind
0 comments 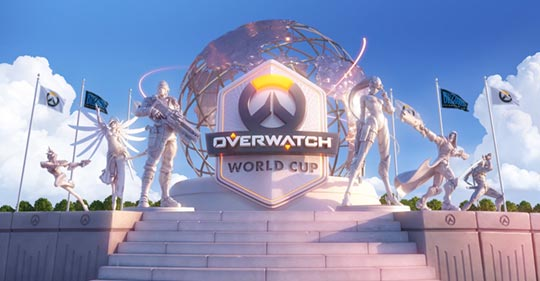 After some fierce competition this weekend both France and England made it through to the Overwatch World Cup top 8.

Fending off the tests of the Netherlands, Germany, Italy and Poland France finished top of the European Group Stage in Paris with England coming second after a final 4-0 victory for France. Both teams now go to the next stage along with China, Finland, Canada, Australia, USA and South Korea, with the matches to take place on November 2.

Specific match times have yet to be announced, but the lineups are as follows.

A lover, not a fighter and an all round good guy (he would say that, he wrote this after all), he's happy to be here as part of GIAG.
MORE LIKE THIS
ActivisionActivision-BlizzardblizzardOverwatch